How to Pronounce bop?

What are the misspellings for bop?

Bop, known as an abbreviation for 'bebop' is a jazz style of music that emerged in the mid-1940s in the United States and became the dominant style of jazz in the 1950s. It is characterized by complex chords and speedy solos. The style became a powerful force in the evolution of jazz music, combining elements of swing and traditional jazz.

Bop had a strong influence on many other styles, including cool jazz, soul jazz and post-bop.

What are similar-sounding words for bop?

Usage over time for bop:

This graph shows how "bop" have occurred between 1800 and 2008 in a corpus of English books.

5 words made out of letters BOP 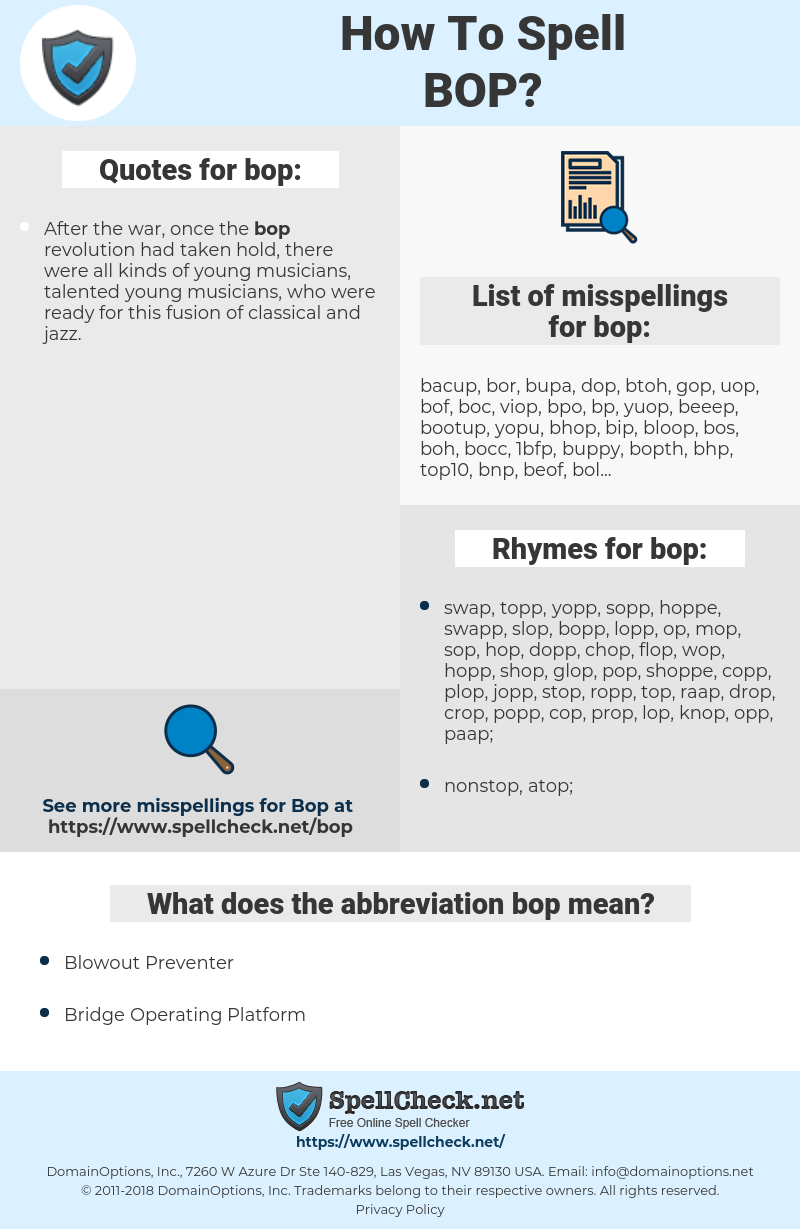