How to Pronounce carter?

What are the misspellings for carter?

Carter is a popular name that spans countries and languages. It is derived from a Latin root word meaning "transporter", and has been used as a personal name since at least the 14th century. In England, Carter was a common occupational surname for someone involved in the wagoner trade.

In the United States, Carter was in the top 100 most used baby names for the past eight decades, currently the 57th most popular for boys and 21st for girls. It has become increasingly common for parents to use carter as a unisex name for their children.

Usage over time for carter:

This graph shows how "carter" have occurred between 1800 and 2008 in a corpus of English books.

56 words made out of letters CARTER 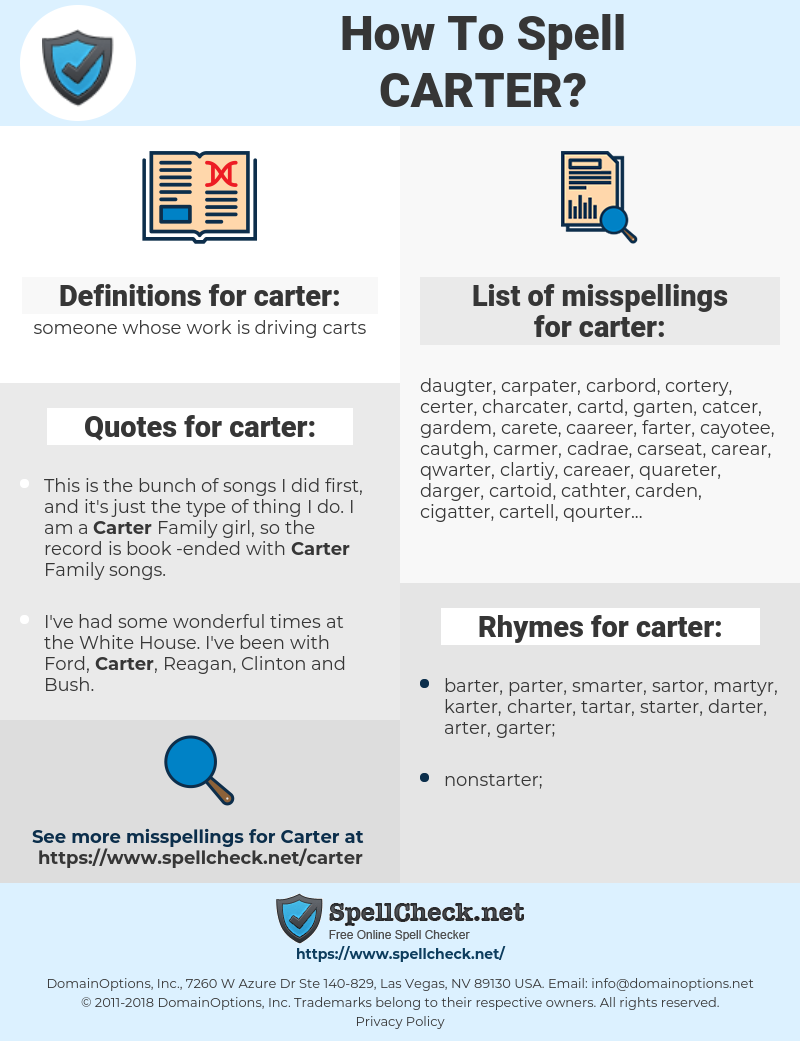