How to Pronounce Cato?

What are the misspellings for Cato?

Cato is a Latin family name of uncertain etymology. It is commonly associated with the Roman statesman Marcus Porcius Cato, also known as Cato the Elder. In some cases it may be derived from an Etruscan word for "to know" or it could be a shortened version of Catulus, another Roman family name. In modern times, the name is occasionally used as a unisex given name.

In ancient Rome, Cato was an influential political figure. He was a leader of the conservative faction of the Roman Senate, advocating Stoic philosophy, agricultural reform, less government interference, and proto-libertarian ideals.

What are similar-sounding words for Cato?

Usage over time for Cato:

This graph shows how "Cato" have occurred between 1800 and 2008 in a corpus of English books.

18 words made out of letters CATO 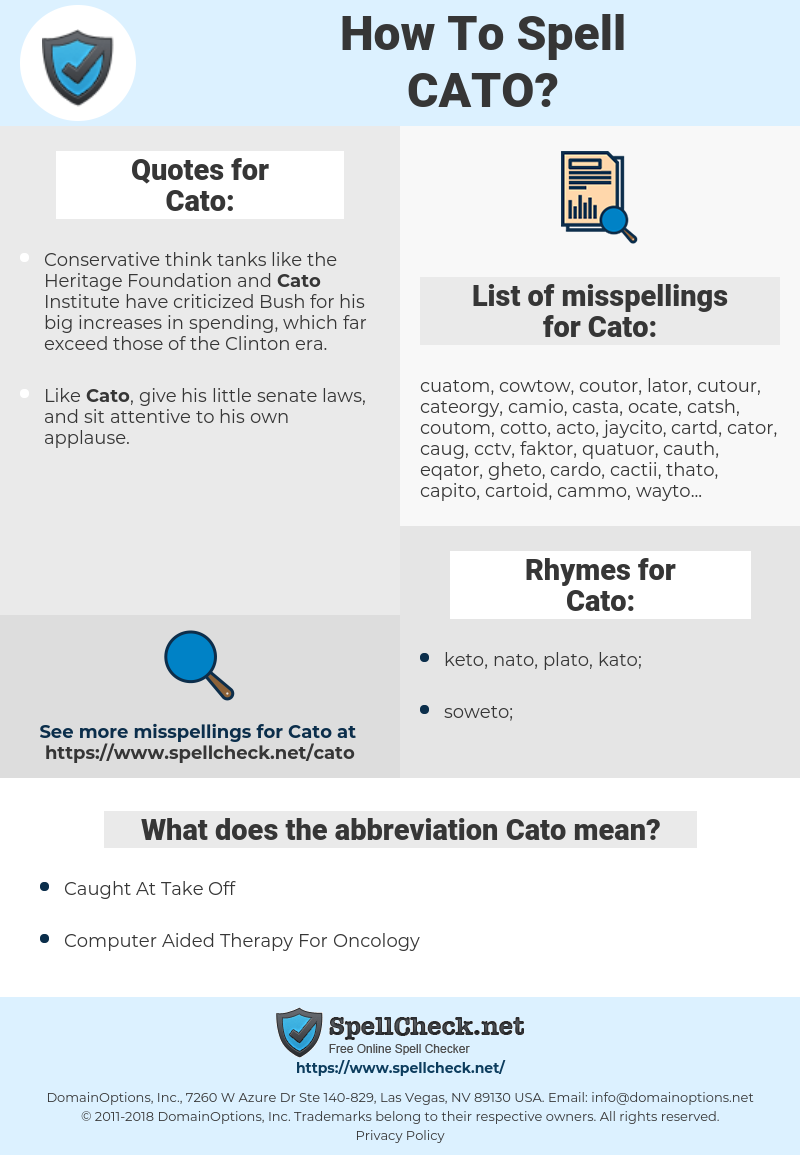