How to Pronounce catty?

What are the misspellings for catty?

Catty is a word that is often used to describe behaviour that is considered to be sly, manipulative, or gossipy. It originates from the word 'cat', which itself can be associated with the animal's predatory nature and its cunning behaviour to catch its prey.

Catty behaviour is often used to harm somebody else without repercussions, or to make oneself look better in comparison with the person being targeted. It is the sort of behaviour that should be avoided because it can quickly cause tense and hostile environments.

Usage over time for catty:

This graph shows how "catty" have occurred between 1800 and 2008 in a corpus of English books.

7 words made out of letters CATTY 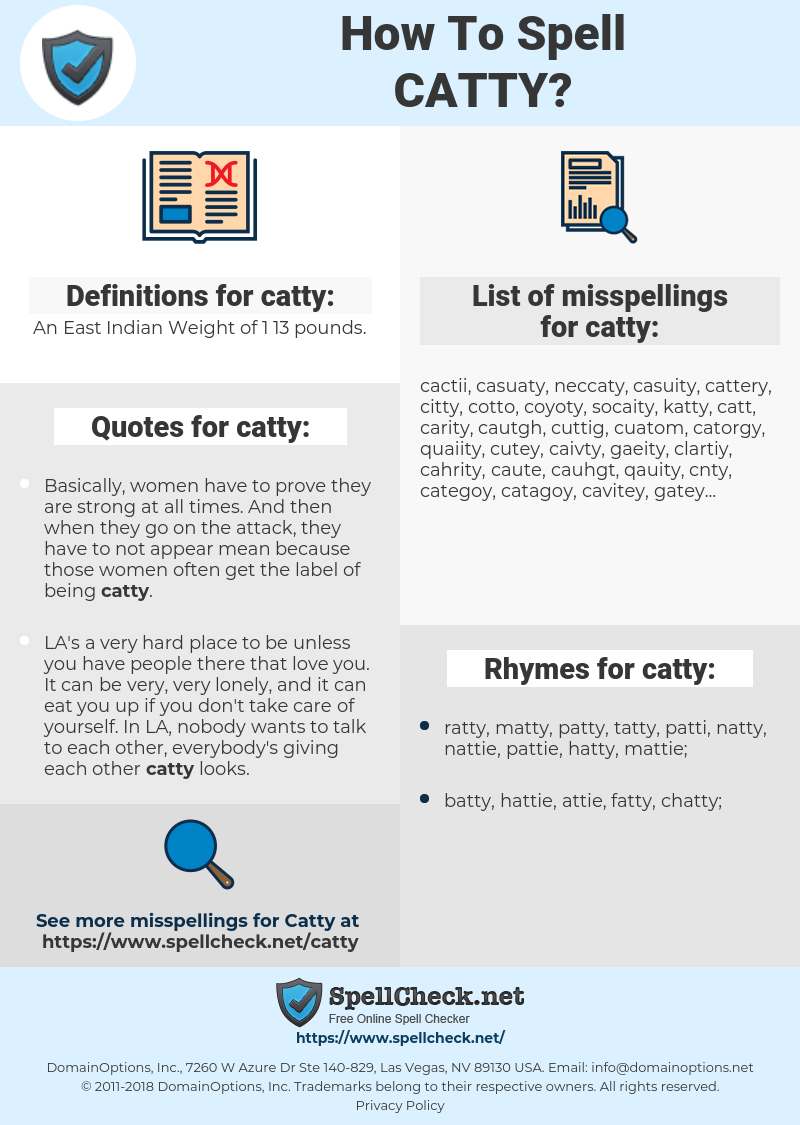