How to Pronounce anti?

What are the misspellings for anti?

Anti- is a prefix that is used to describe something that opposes, resists or is against something. It is often used to describe political opposition, as in anti-government or anti-war, or in describing a person's active resistance or hostility towards any kind of authority or established social norms. It can also be used to refer to something that has the opposite of the desired or expected effect, such as an anti-depressant that worsens one's mood, or an anti-aging cream that fails to reduce the appearance of wrinkles.

What are similar-sounding words for anti?

Usage over time for anti:

This graph shows how "anti" have occurred between 1800 and 2008 in a corpus of English books.

22 words made out of letters ANTI 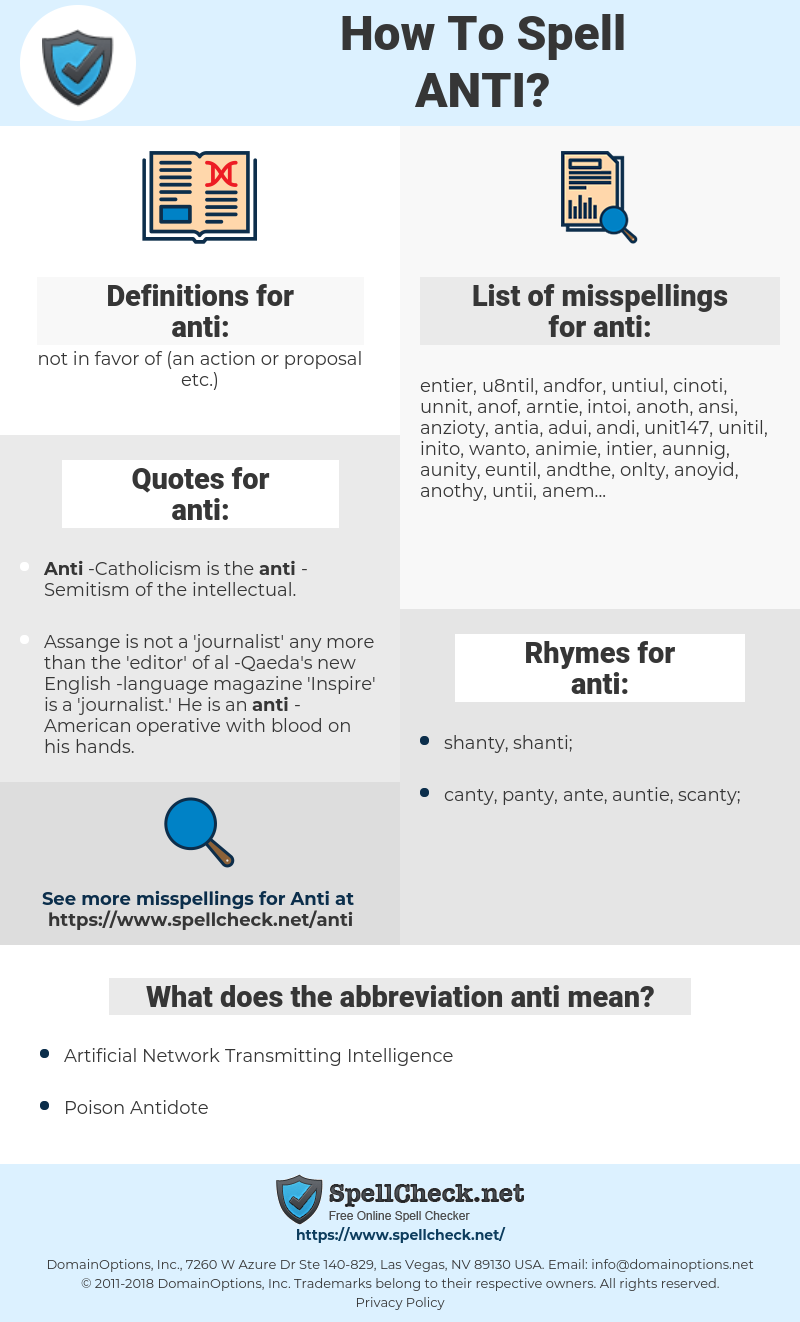