How to Pronounce Crooks?

What are the misspellings for Crooks?

Crooks is one of the characters featured in John Steinbeck's novel of mice and men. He is a member of the farm labourer whose race makes him an outcaste amongst the other workers on the ranch. He lodges in the barn while all the white people in the ranch are in the bunkhouse. Crooks is an intelligent and wise Stable Buck who experiences racial segregation and is isolated from the rest of the workers. He is generally friendly and quietly intelligent which often led to people taking advantage of him.

Usage over time for Crooks:

This graph shows how "Crooks" have occurred between 1800 and 2008 in a corpus of English books.

14 words made out of letters CROOKS 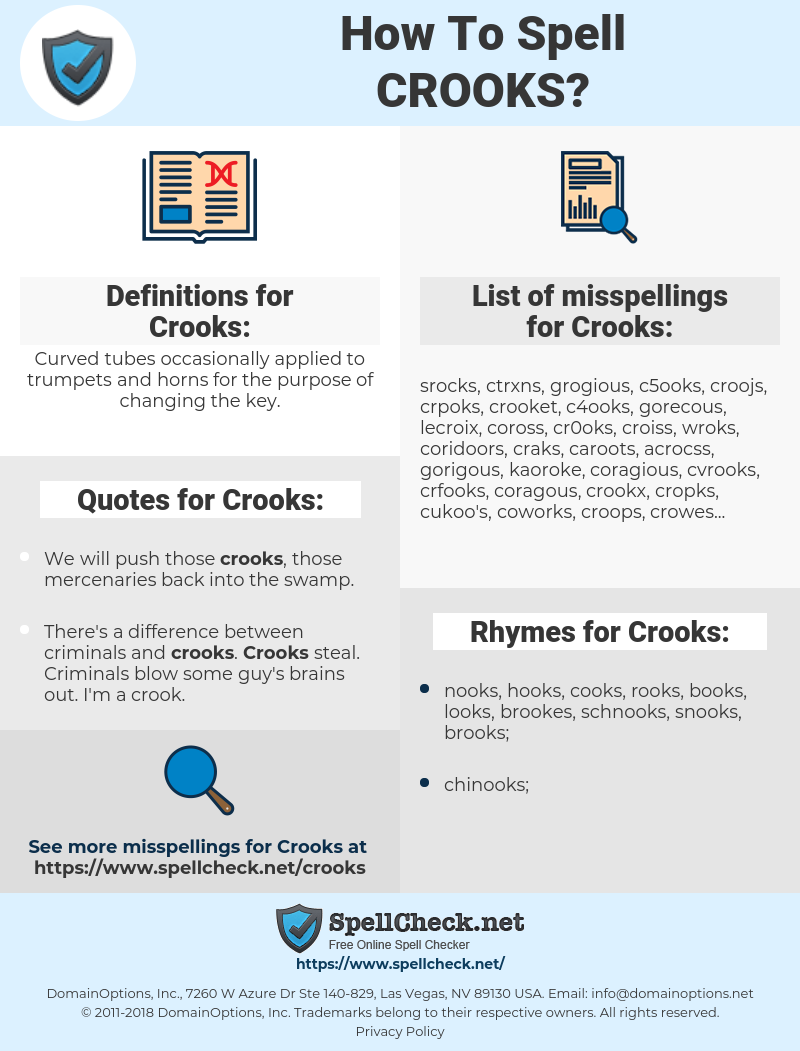