How to Pronounce darts?

What are the misspellings for darts?

Darts is a game that has been around for centuries and while the exact origins of the game are unknown, it is widely known that it had its beginnings in England. The game is usually played between two or more people, who throw darts at a wall-mounted board that is usually divided into sections with different numbers and points assigned to them. The player is usually required to aim at a certain section of the board in order to score.

Various types of darts are available, such as steel-tipped darts, soft-tip darts, and electronic darts.

What are similar-sounding words for darts?

Usage over time for darts:

This graph shows how "darts" have occurred between 1800 and 2008 in a corpus of English books.

31 words made out of letters DARTS 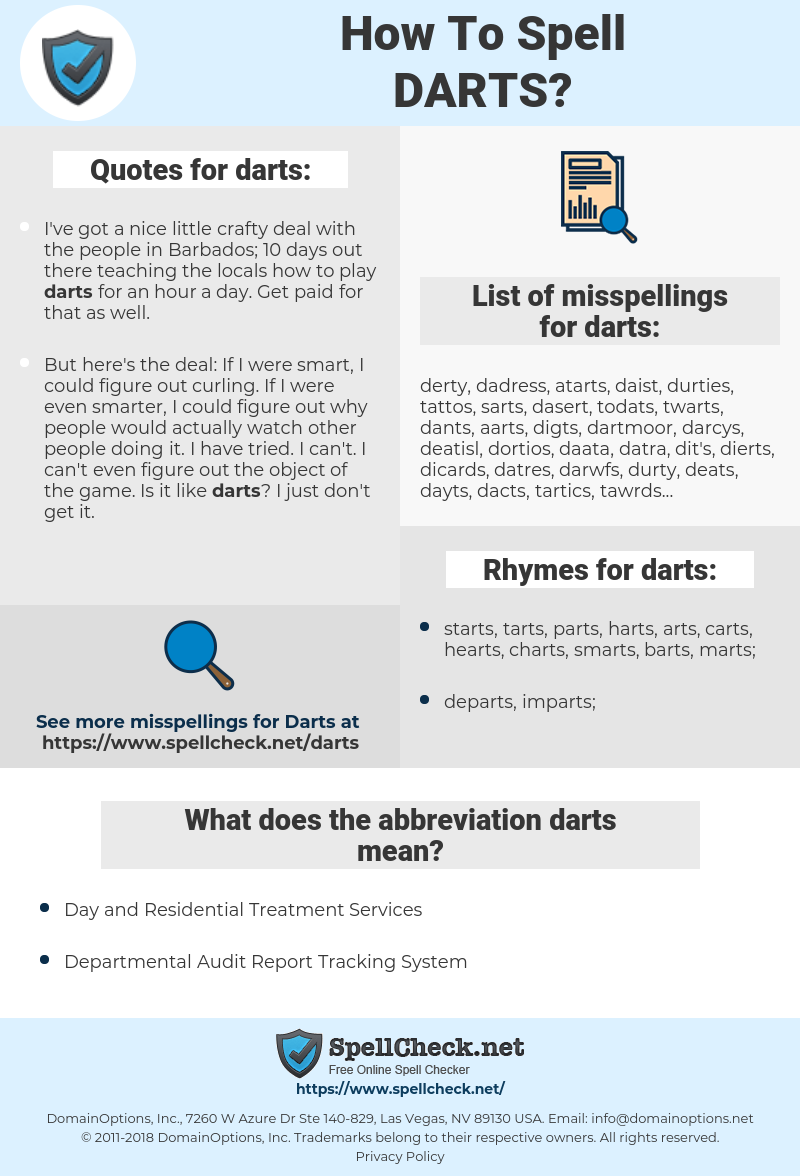