How to Pronounce defy?

What are the misspellings for defy?

Defy is a term used to describe acts of resistance and rejection, whether of a law, order or opinion. It can also be used to effectively push a boundary or to stand up against something perceived as unjust or wrong, or even to protect or promote something that is deemed to be rightful. Defying is also seen as a form of rebellion, of showing one's courage and strength, and of breaking through barriers in order to reach a desired end. Defying is an act that has been used throughout history to challenge oppressive forces, to promote change, and to ultimately bring about positive, progressive evolution.

What are similar-sounding words for defy?

Usage over time for defy:

This graph shows how "defy" have occurred between 1800 and 2008 in a corpus of English books.

11 words made out of letters DEFY 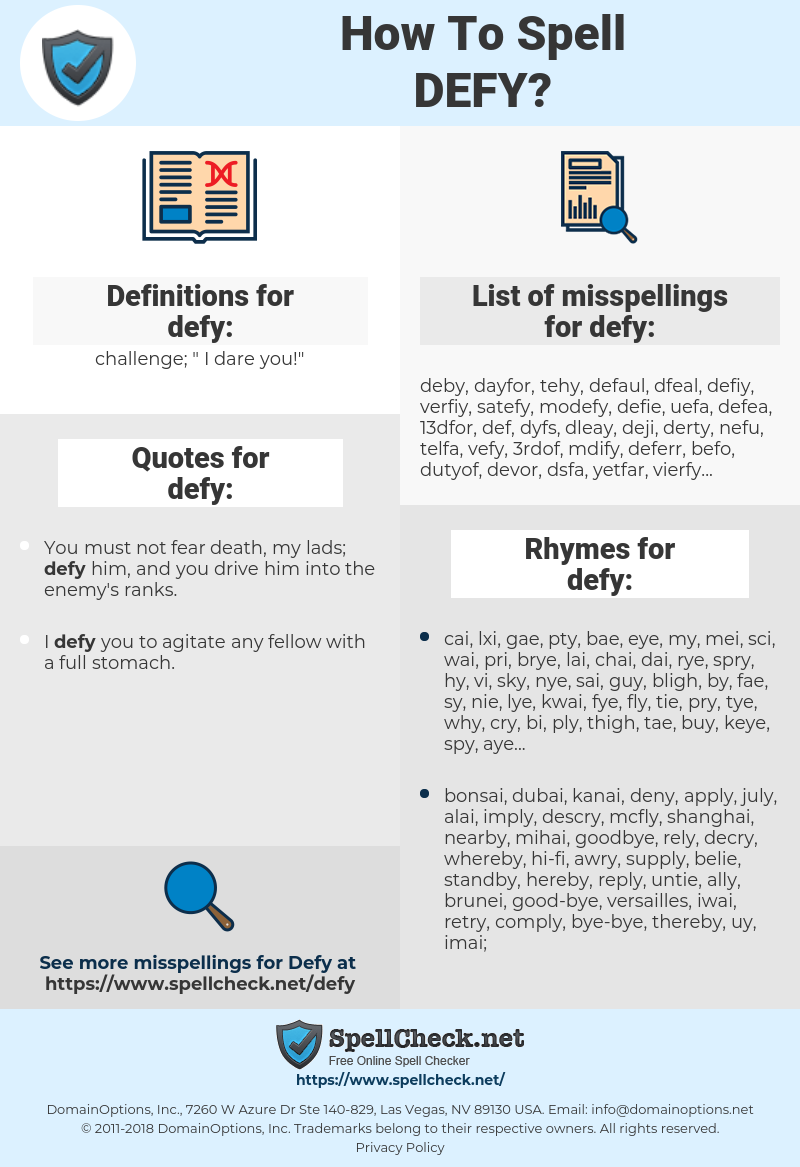