How to Pronounce Erin?

What are the misspellings for Erin?

Erin is a name of Gaelic origin and means "bell" - Erin and her variants are exploding in popularity, particularly in Ireland and the United States.

Erin began in Ireland as a name of legendary significance - as seen in Irish mythology, a goddess of the same name was said to attend the spring festivals of fertility or enact justice. In some respects, the goddess Erin was considered a guardian to the island and any child born on the island in ancient times was named Erin, whether male or female.

The name was particularly popular during the 1950s and is still common today both in Ireland and around the world.

What are similar-sounding words for Erin?

Usage over time for Erin:

This graph shows how "Erin" have occurred between 1800 and 2008 in a corpus of English books.

14 words made out of letters ERIN 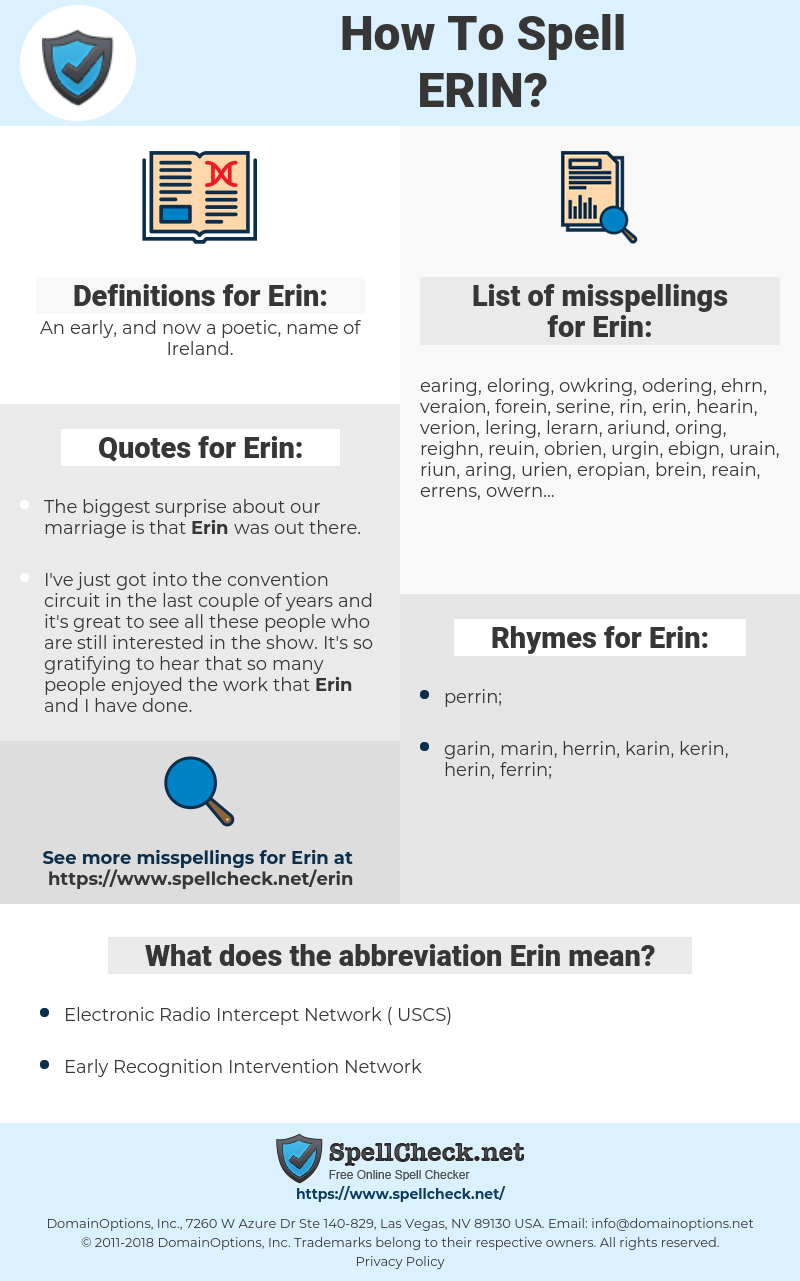