How to Pronounce Gide?

What are the misspellings for Gide?

Gide was a French writer phenomenally successful during the 20th century. He was a literary pioneer that helped to lead the way for cultural progress and modernist styles of writing. His style was both elegant and erudite and it was no surprise that his works were met with great acclaim. Gide was an unconventional writer in his time, and this often got him in trouble. Many of his works were banned, due to their daring subject matter. His writing discussed topics such as homosexuality, often with a cleverly hidden message, which caused quite a stir among the more conservative readers.

Usage over time for Gide:

This graph shows how "Gide" have occurred between 1800 and 2008 in a corpus of English books.

14 words made out of letters GIDE 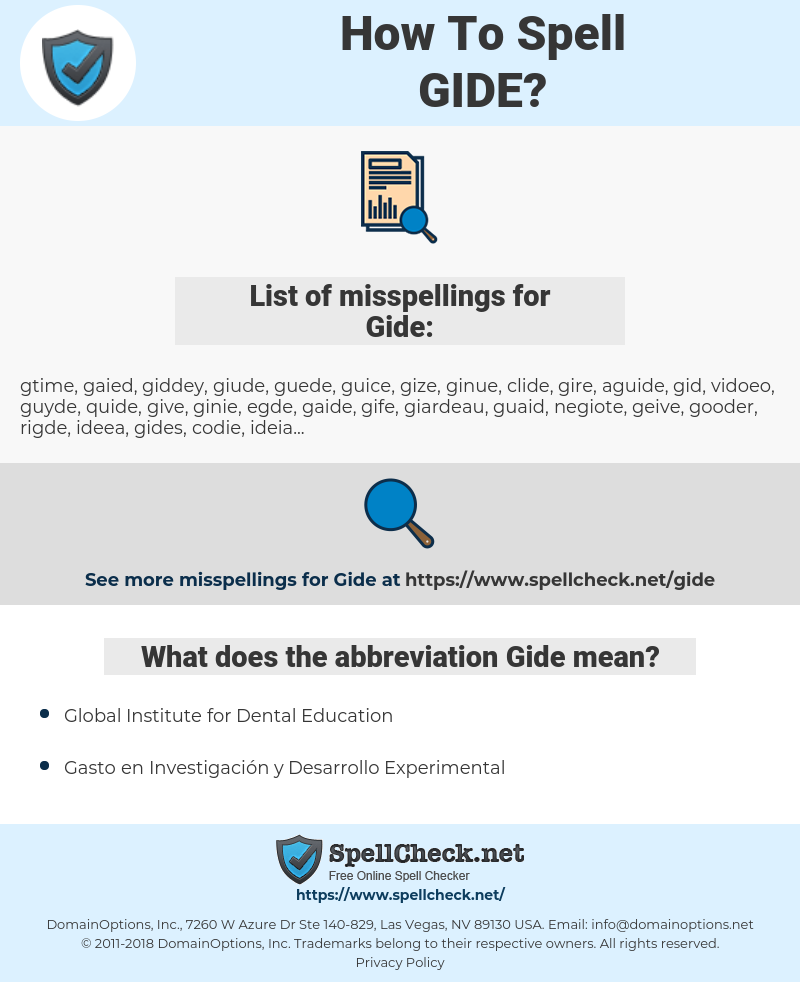