How to Pronounce homer?

What are the misspellings for homer?

Homer is an iconic figure in Greek mythology. He is a poet, rhapsode, and scholar who is best known for being the author of the Iliad and the Odyssey, two epic poems which detail the Trojan War and the travels of Odysseus. He is considered to be one of the most influential of the archaic Greek poets and the birthplace of Western literature and culture. Homer has been credited with creating or popularizing the epic and lyric forms of poetry and was highly esteemed throughout the ancient world.

What are similar-sounding words for homer?

Usage over time for homer:

This graph shows how "homer" have occurred between 1800 and 2008 in a corpus of English books.

35 words made out of letters HOMER 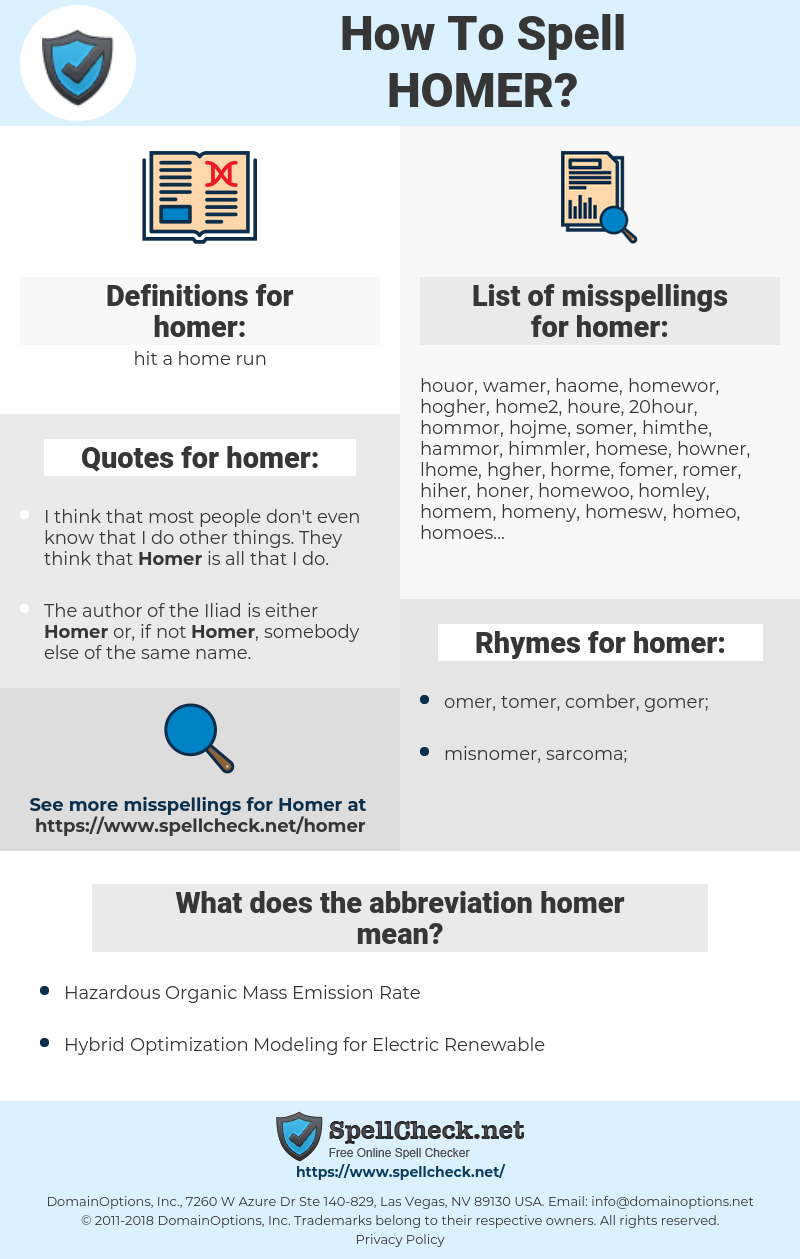