How to Pronounce lard?

What are the misspellings for lard?

Lard is a popular cooking fat made from animal fat, most commonly pork fat, that is used for baking, frying, and other cooking applications. It has a distinct flavor and is often used in baking to give food a flaky texture. Lard is also a popular spread, especially in Latin American, Spanish, and Asian cuisines.

Lard is made by melting animal fat, such as pork fat, over low to medium heat. The fat is then separated from the liquid, leaving a thick white mixture. This mixture is then cooled and hardened, resulting in a solidified fat with a mild flavor.

What are similar-sounding words for lard?

Usage over time for lard:

This graph shows how "lard" have occurred between 1800 and 2008 in a corpus of English books.

13 words made out of letters LARD 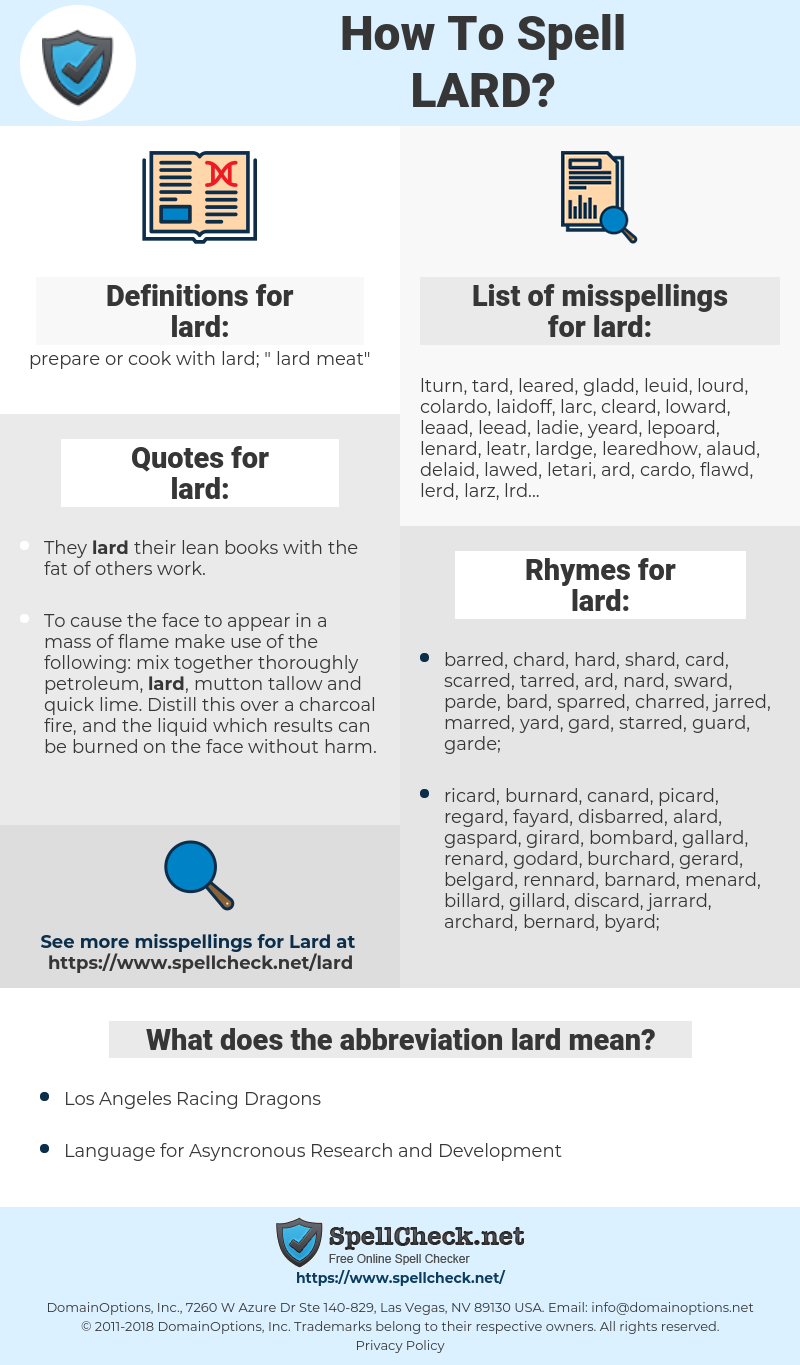