How to Pronounce ley?

What are the misspellings for ley?

Ley is a legal term used to describe legislation enacted by a governing body. It is a Spanish word derived from the Latin lex meaning "law." It is commonly used in Latin American countries and was introduced to the English language in the early 19th century. Ley serves as the executive means of implementing law in some countries, and is generally one of the primary legal sources.

Ley includes statutes, regulations, codes and court decisions, which are the enforceable rules created by a governing body.

What are similar-sounding words for ley?

Usage over time for ley:

This graph shows how "ley" have occurred between 1800 and 2008 in a corpus of English books.

5 words made out of letters LEY 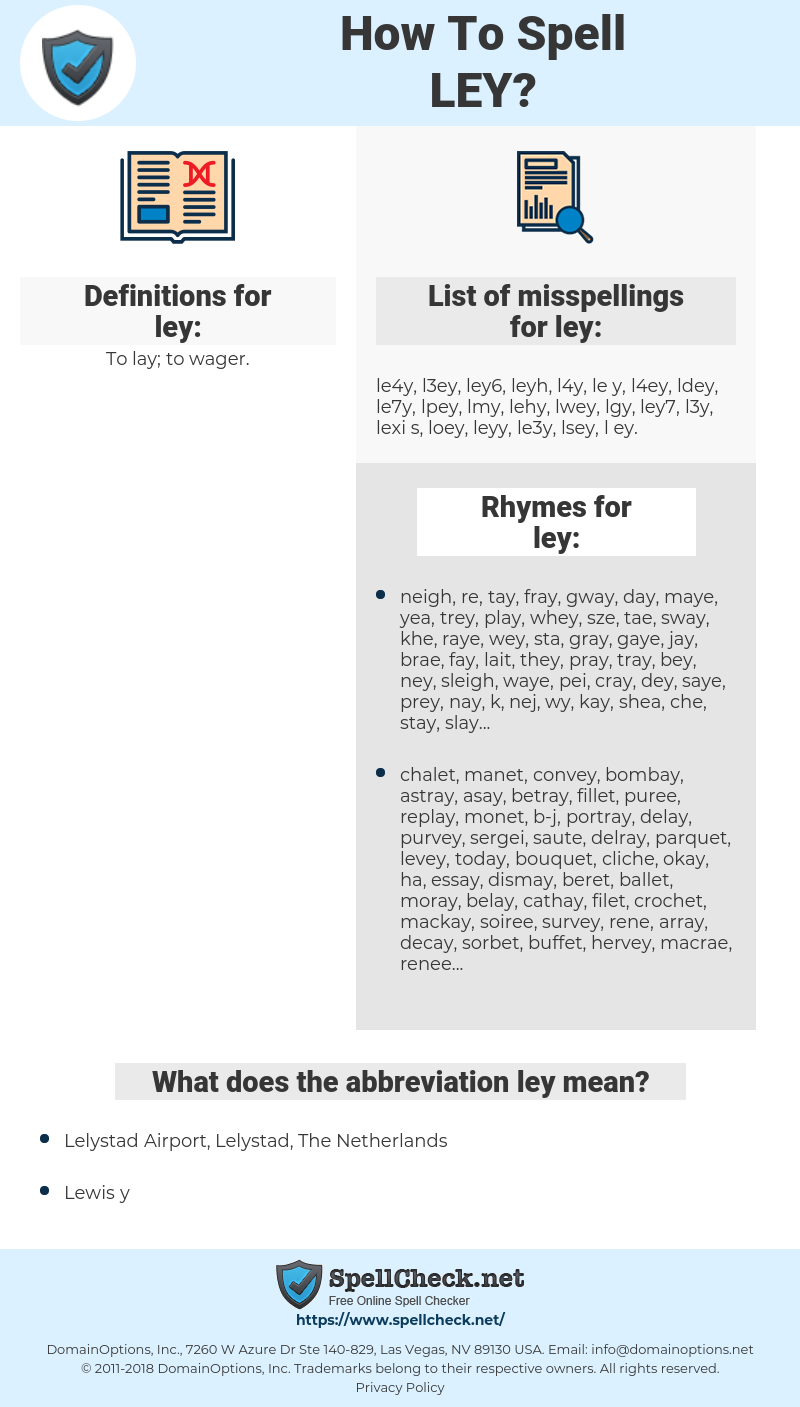