How to Pronounce Mario?

What are the misspellings for Mario?

Mario is the quintessential video game character, having first debuted in the 1981 classic Super Mario Bros. The brainchild of Nintendo's Shigeru Miyamoto, Mario revolutionized the gaming industry with his instantly recognizable mustache and iconic Italian-American bravado. As a plumber, Mario is tasked with saving the Mushroom Kingdom from the nefarious Bowser. Throughout his adventures, which span across legacy console generations, Mario and his brother Luigi, have had to save the princess from Bowser while also collecting coins and power-ups, like mushrooms, stars and fire flowers.

Usage over time for Mario:

This graph shows how "Mario" have occurred between 1800 and 2008 in a corpus of English books.

29 words made out of letters MARIO 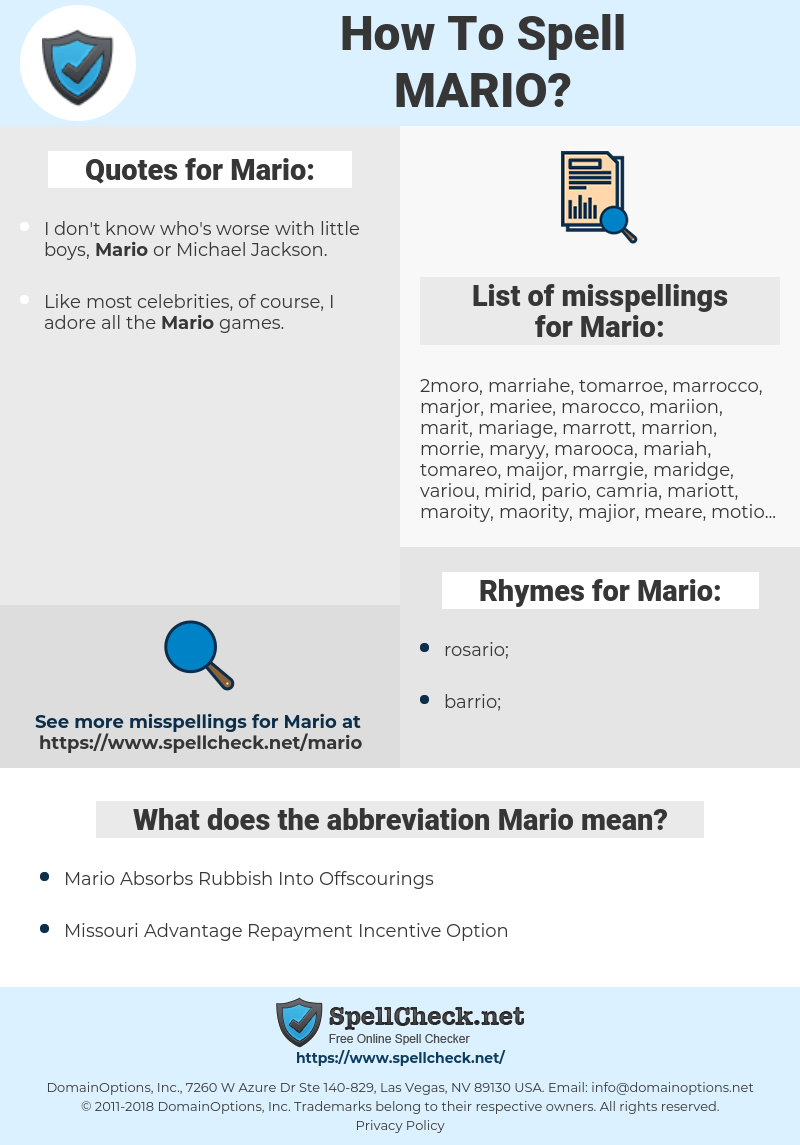