How to Pronounce mina?

What are the misspellings for mina?

Mina is an Indian name meaning "love". It has several different origins, but is most commonly associated with the Hindi language. In India, Mina is primarily used as a female name.

Mina is also a popular name in other cultures. In Italy, Mina is a feminine form of the name Mino. In Japan, Mina is a popular name for girls. It is also used as a nickname for Minako, which literally means "love child".

In the Muslim faith, Mina is associated with the city of Mecca, where pilgrims visit as part of the Hajj pilgrimage.

What are similar-sounding words for mina?

Usage over time for mina:

This graph shows how "mina" have occurred between 1800 and 2008 in a corpus of English books.

22 words made out of letters MINA 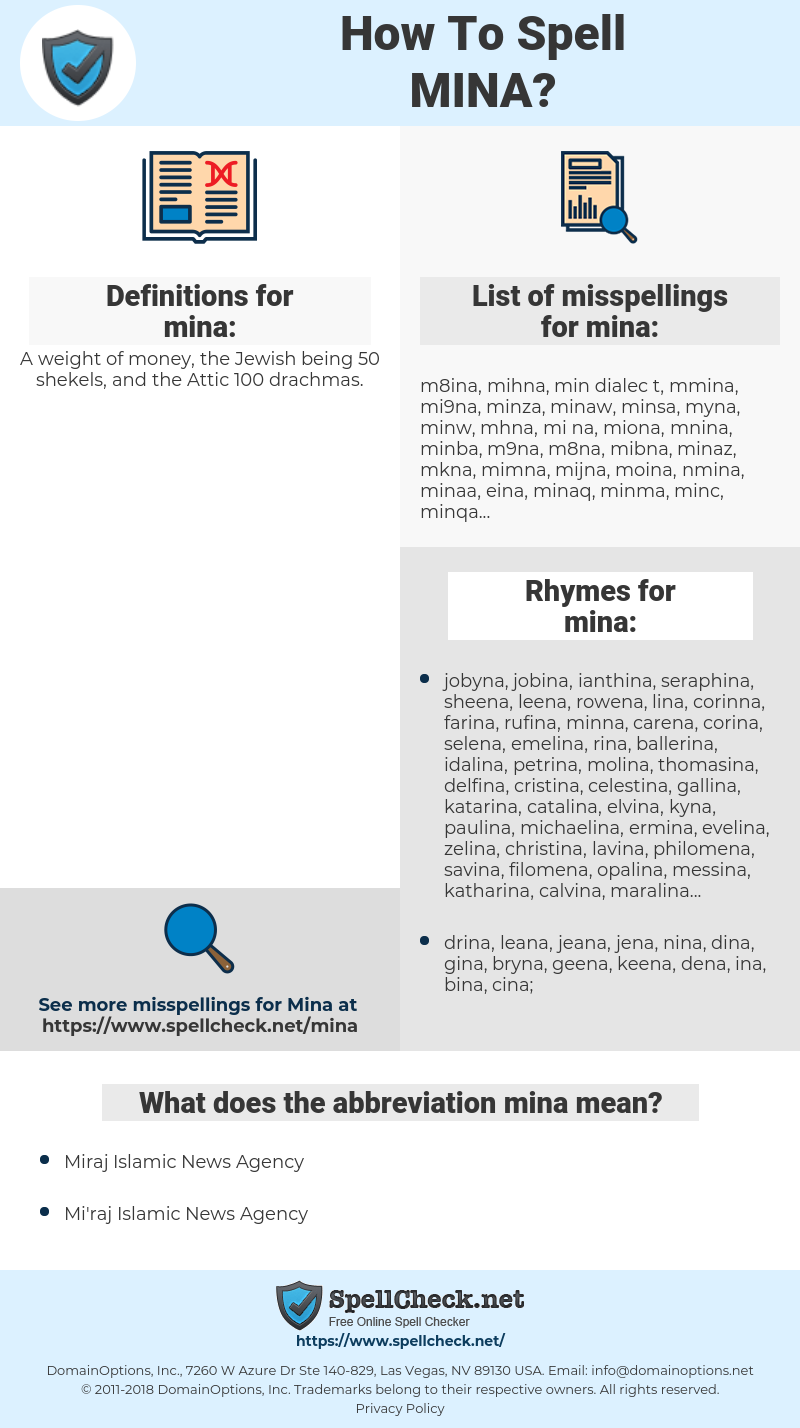