How to Pronounce ming?

What are the misspellings for ming?

Ming is an imperial Chinese dynasty that ruled over much of China for nearly 300 years. It was founded by the Hongwu Emperor in 1368 and lasted until 1644, when it was overthrown by the Manchu dynasty. During its time, the Ming dynasty was culturally, economically, and militarily one of the most advanced in China. It was a golden age of art, philosophy, and commerce. It saw the construction of several great cities and the development of a merchant class, which increased the wealth of the empire even further. It also had a strong navy, which allowed it to dominate the seas of East Asia.

What are similar-sounding words for ming?

Usage over time for ming:

This graph shows how "ming" have occurred between 1800 and 2008 in a corpus of English books.

17 words made out of letters MING 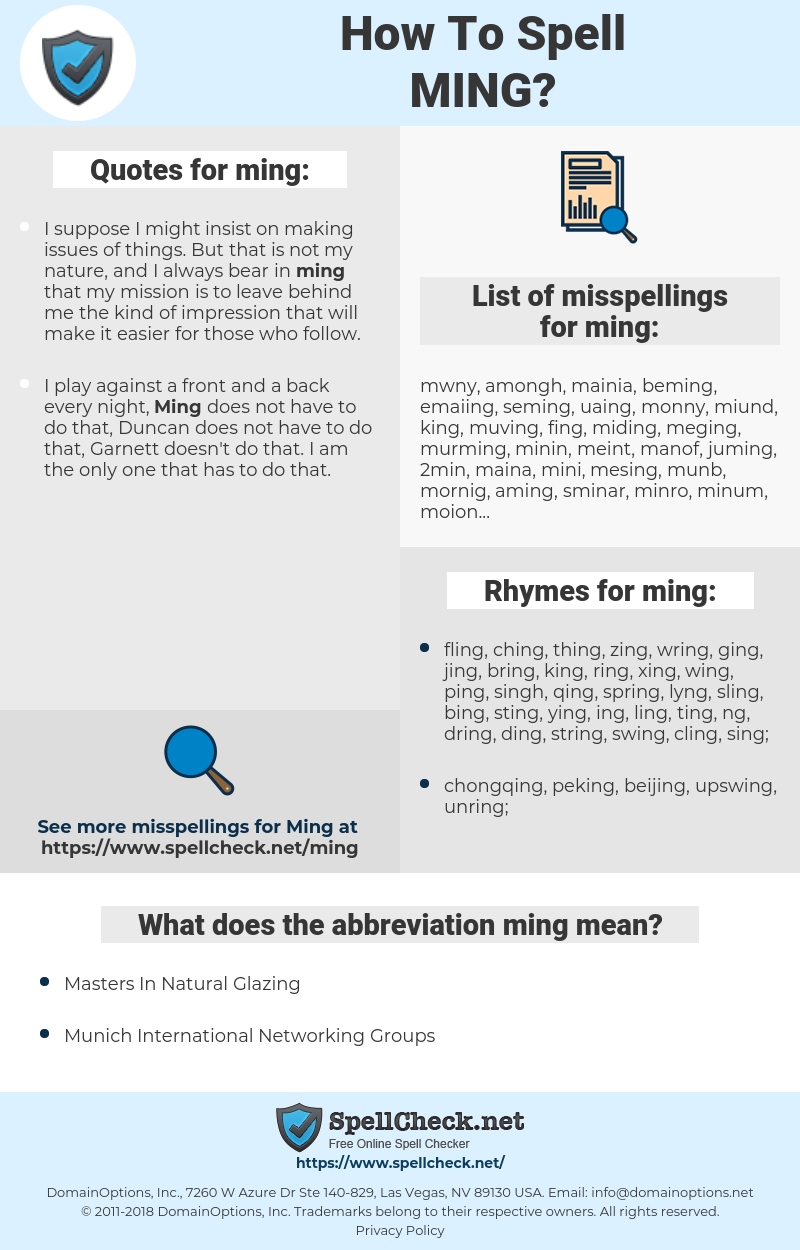