How to Pronounce Morro?

Morro is a generic term used to describe a hill or aknoll that is free-standing and isolated from other hills or mountains. Morros are typically found in areas of coastal mountains, usually caused by the erosion of weaker sedimentary rock or from the action of glaciers. The word "Morro" is Spanish for a rounded hill or peak and is often used to refer to the geological features found along many of the world's coastlines.

Morros are especially prominent in North America, and can be found along the Pacific coastline from San Diego, California to British Columbia.

Usage over time for Morro:

This graph shows how "Morro" have occurred between 1800 and 2008 in a corpus of English books.

8 words made out of letters MORRO 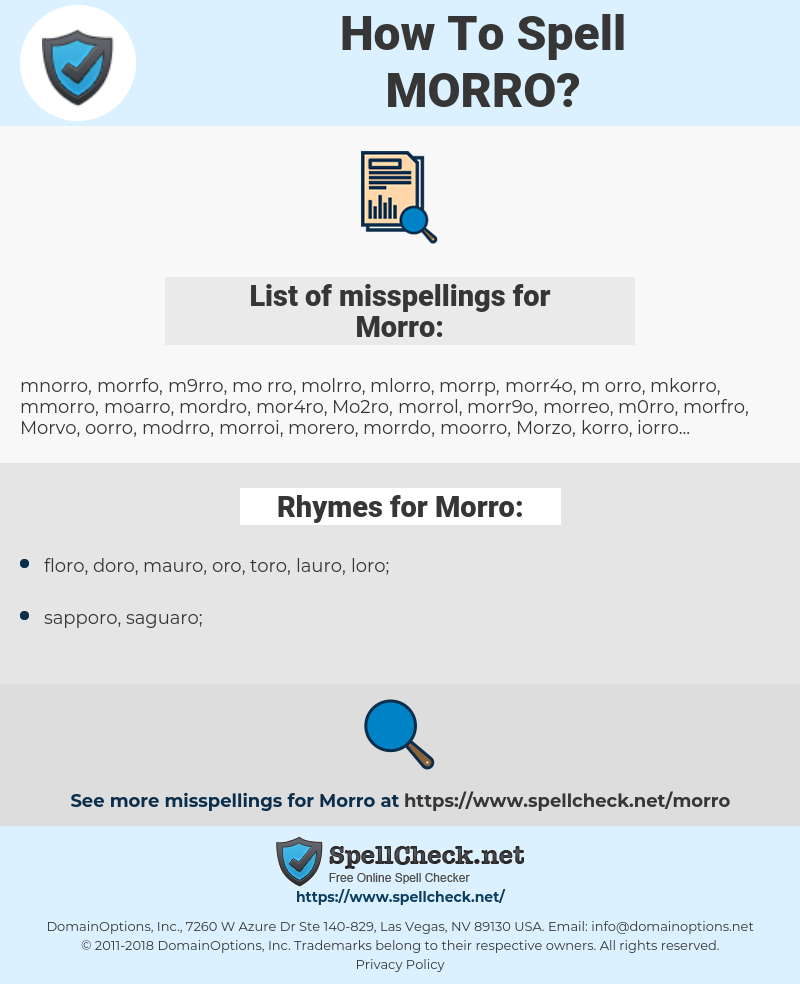