How to Pronounce Moro?

What are the misspellings for Moro?

The Moro people are a diverse group of ethnic and linguistic and cultural groups living in the Philippines, Indonesia and some parts of Malaysia. They have been culturally and politically marginalised in the region, especially in the Philippines.

The term Moro is derived from the Spanish for "Moor", which was the term used by the Spanish to refer to their Muslim colonisers. They have a diverse and distinct culture, including traditional clothing and artwork, culinary customs, religious beliefs and practices, and even their own languages.

What are similar-sounding words for Moro?

Usage over time for Moro:

This graph shows how "Moro" have occurred between 1800 and 2008 in a corpus of English books.

10 words made out of letters MORO 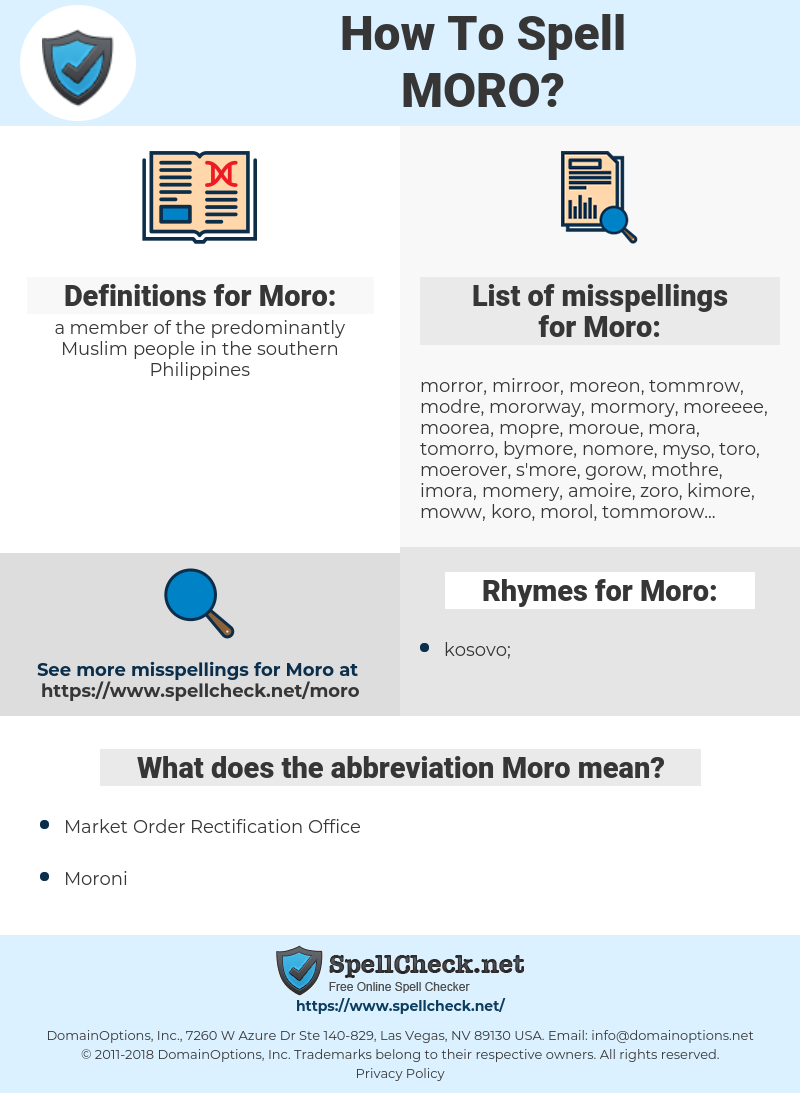