How to Pronounce mara?

What are the misspellings for mara?

Mara is a culturally and regionally rooted term, which can refer to a variety of things depending on whereabouts one is in the world. In many cultures, the term Mara refers to a mythical spirit or demon with the power to influence fate and fortune. This spirit is strongly associated with death, particularly in Mesoamerican and Central American culture. Mara is also a variation of the name Mary, found in many cultures worldwide; a few different Arabic languages, German, Georgian, and others, use the term Mara to refer to this name.

What are similar-sounding words for mara?

Usage over time for mara:

This graph shows how "mara" have occurred between 1800 and 2008 in a corpus of English books.

15 words made out of letters MARA 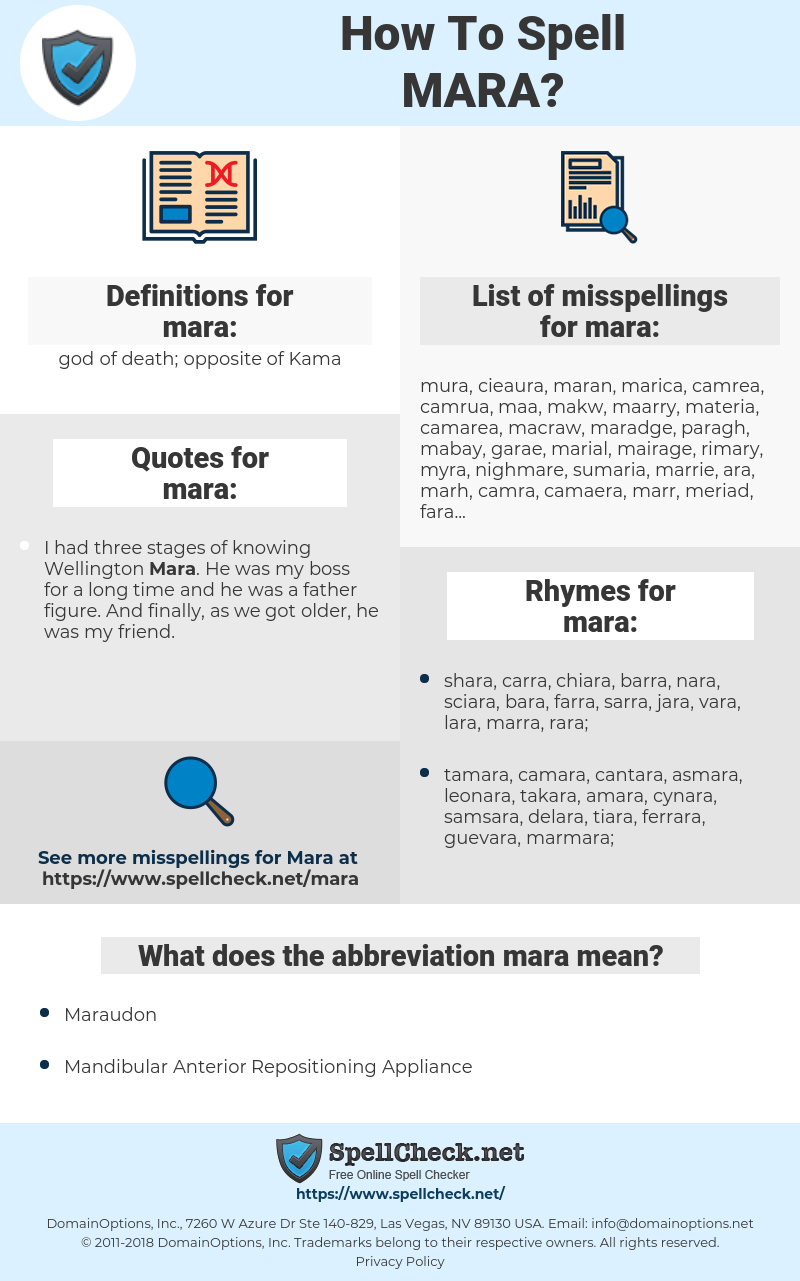