How to Pronounce ness?

What are the misspellings for ness?

Ness is a word of multiple meanings, ranging from a place-name to describing a situation or feeling. The most common usage is as a place-name - Ness is the name of several places in the United Kingdom and occasionally elsewhere. For example, it is a particularly known name in Scotland where many of the places are on the North Sea coast, including Loch Ness, perhaps most famous for its reported 'Nessie' the Loch Ness Monster.

Elsewhere, the word can be used to refer to a sensation or feeling. For example, 'happyness' or 'sadness'.

What are similar-sounding words for ness?

Usage over time for ness:

This graph shows how "ness" have occurred between 1800 and 2008 in a corpus of English books.

12 words made out of letters NESS 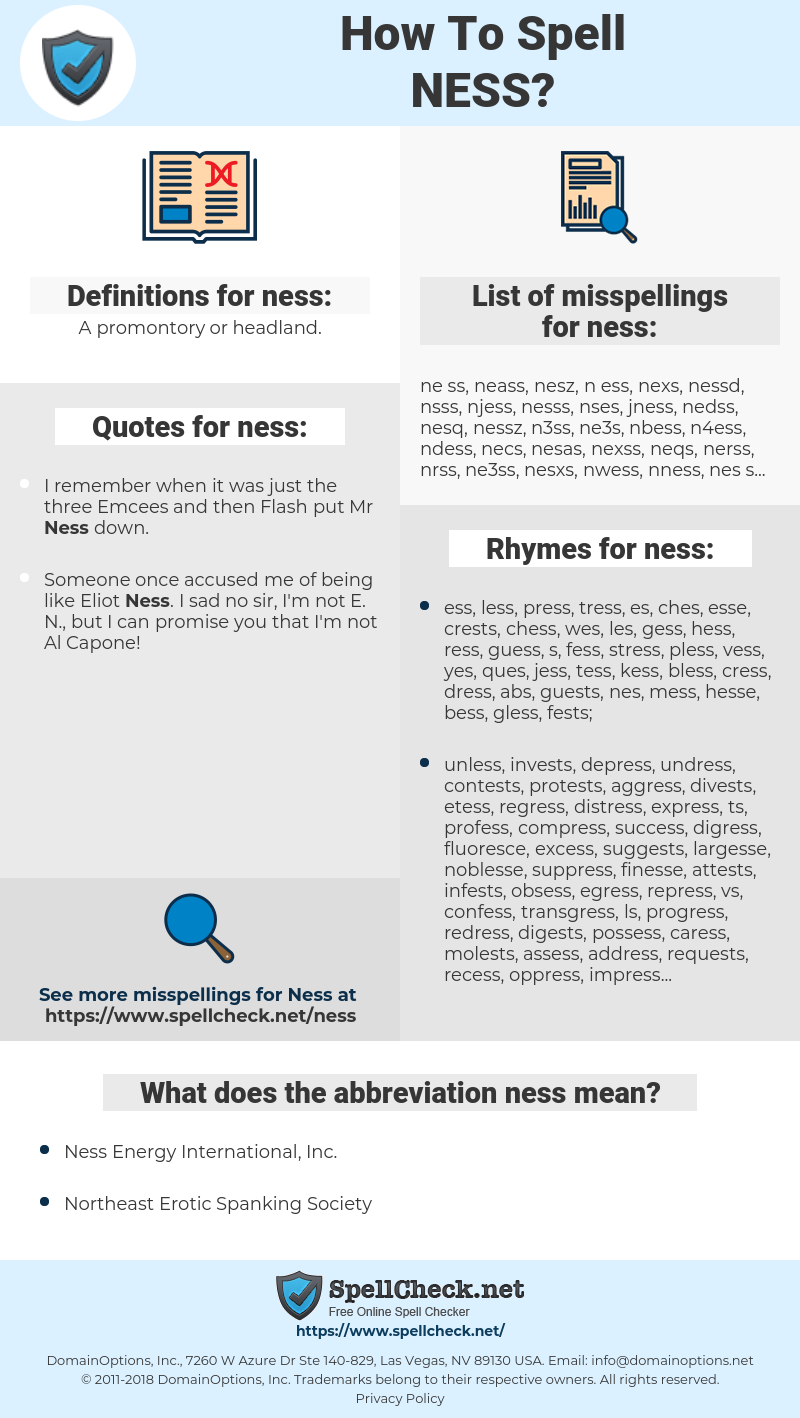