How to Pronounce path?

What are the misspellings for path?

Path is a term used to describe an established route or line formed from object to object or point to point. Paths can be found in a variety of different places including streets, highways, walkways, railroad tracks, parks, and more. Paths provide transportation and access to many places, allowing people to travel more quickly and efficiently. Paths can be straight or curved, depending on the particular path and the direction it's being used. Paths can also be single-directional or bidirectional, which means they can be used to travel in both directions. In some cases, paths can be used to carry people, vehicles, and animals.

What are similar-sounding words for path?

Usage over time for path:

This graph shows how "path" have occurred between 1800 and 2008 in a corpus of English books.

18 words made out of letters PATH 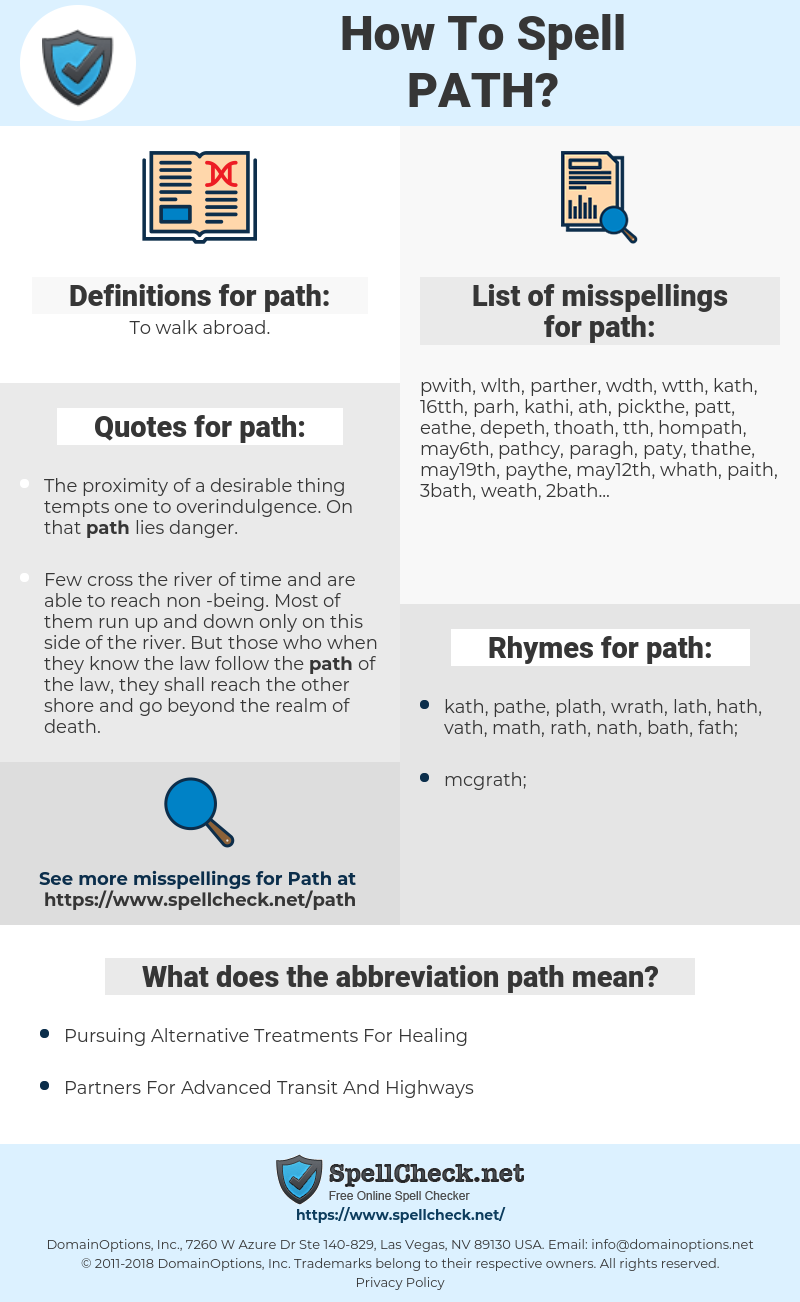