How to Pronounce raider?

What are the misspellings for raider?

A raider, also known as a buccaneer or a pirate, is a term used to refer to the act of plundering or attacking by sea. Raiders have operated throughout history, often for personal enrichment at the expense of others. Traditionally, Raiders would launch their ships from coastal ports and take whatever they could from smaller helpless vessels, as well as from coastal settlements, cities, and towns. Raiders were also heavily involved in the early days of naval warfare, as they were often used to carry out surprise attacks on enemy forces.

Usage over time for raider:

This graph shows how "raider" have occurred between 1800 and 2008 in a corpus of English books.

67 words made out of letters RAIDER 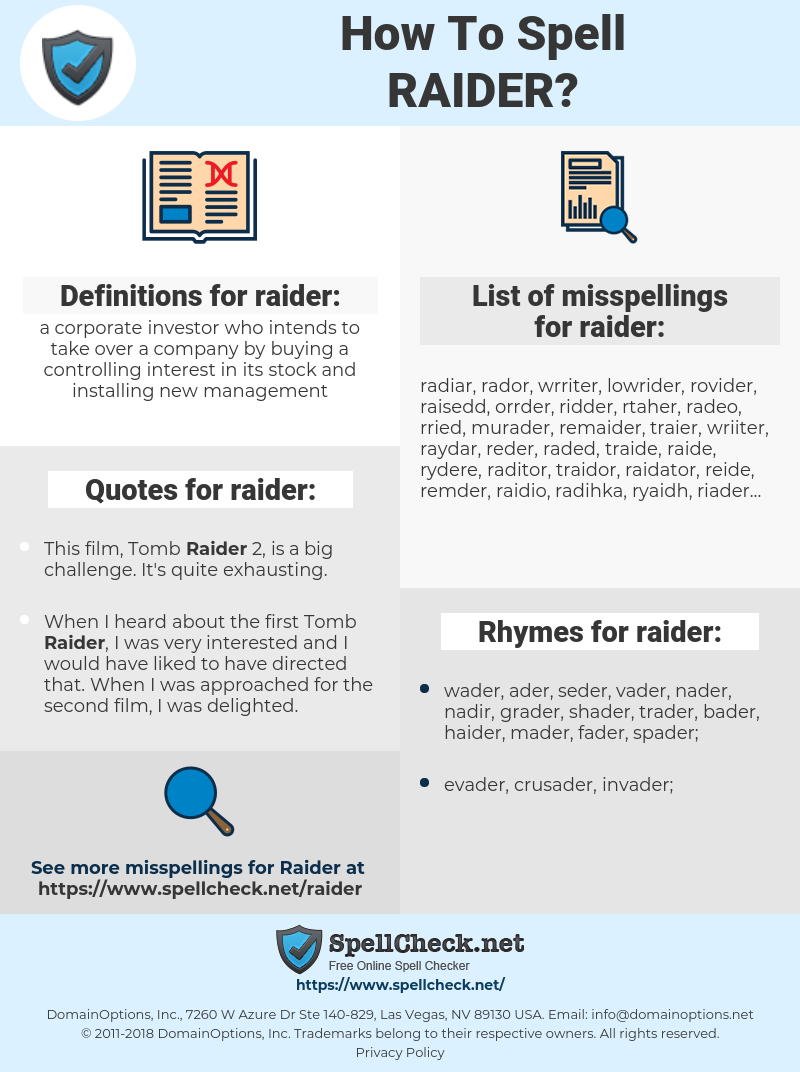