How to Pronounce rna?

What are the misspellings for rna?

Rna, or ribonucleic acid, is a nucleic acid molecule consisting of nucleotides, similar to the DNA molecule in structure. However, unlike DNA, it does not store genetic information, but instead acts as a mediator molecule for the transcription of messenger molecules from within the cell. RNA is composed of a phosphate backbone and three nitrogenous base components (purines and pyrimidines). The primary role of RNA is to act as the genetic messenger molecule from DNA. It is synthesized from the DNA template in order to be used to produce proteins or for other processes.

What are similar-sounding words for rna?

Usage over time for rna:

This graph shows how "rna" have occurred between 1800 and 2008 in a corpus of English books.

8 words made out of letters RNA 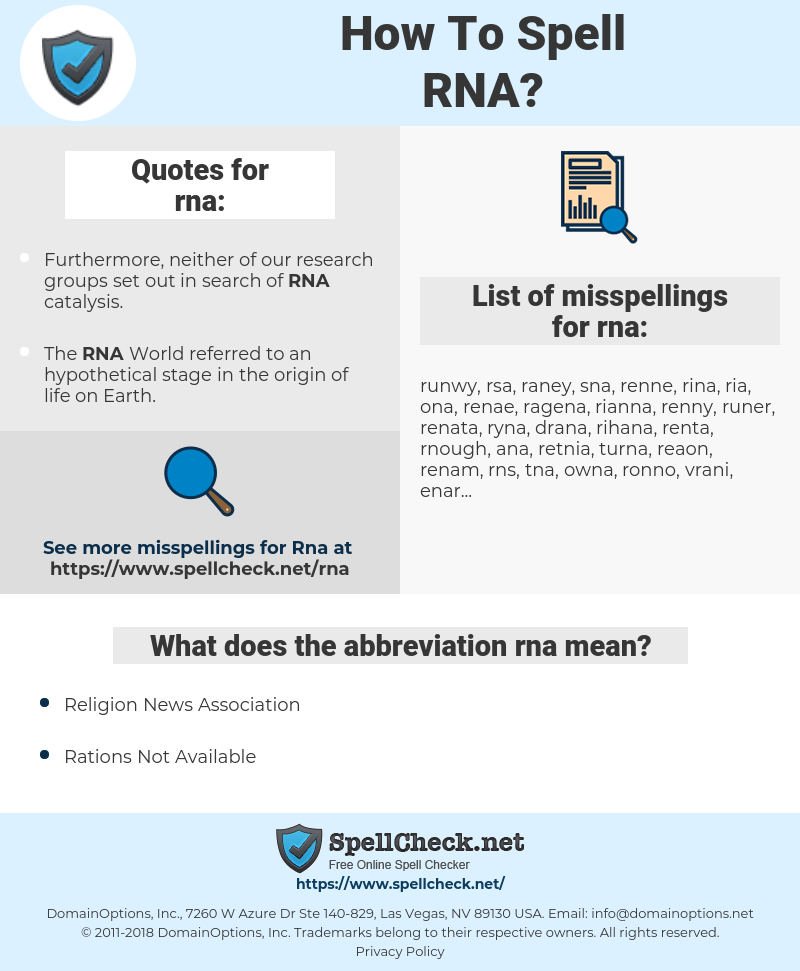