How to Pronounce saintly?

What are the misspellings for saintly?

Saintly is often used to describe someone who is kind, generous, and has the highest moral character. It's often associated with the idea of a holy person or saint. A saint can be someone who gives up their worldly possessions to help people in need, or shows extreme kindness, devotion, and charity to those less fortunate. Saints are also held in high esteem for their piety and strong belief in a higher power. Many religious figures and religious figures from history are referred to as saints, such as St. Francis of Assisi, St. Patrick, and Mother Teresa.

Usage over time for saintly:

This graph shows how "saintly" have occurred between 1800 and 2008 in a corpus of English books.

191 words made out of letters SAINTLY 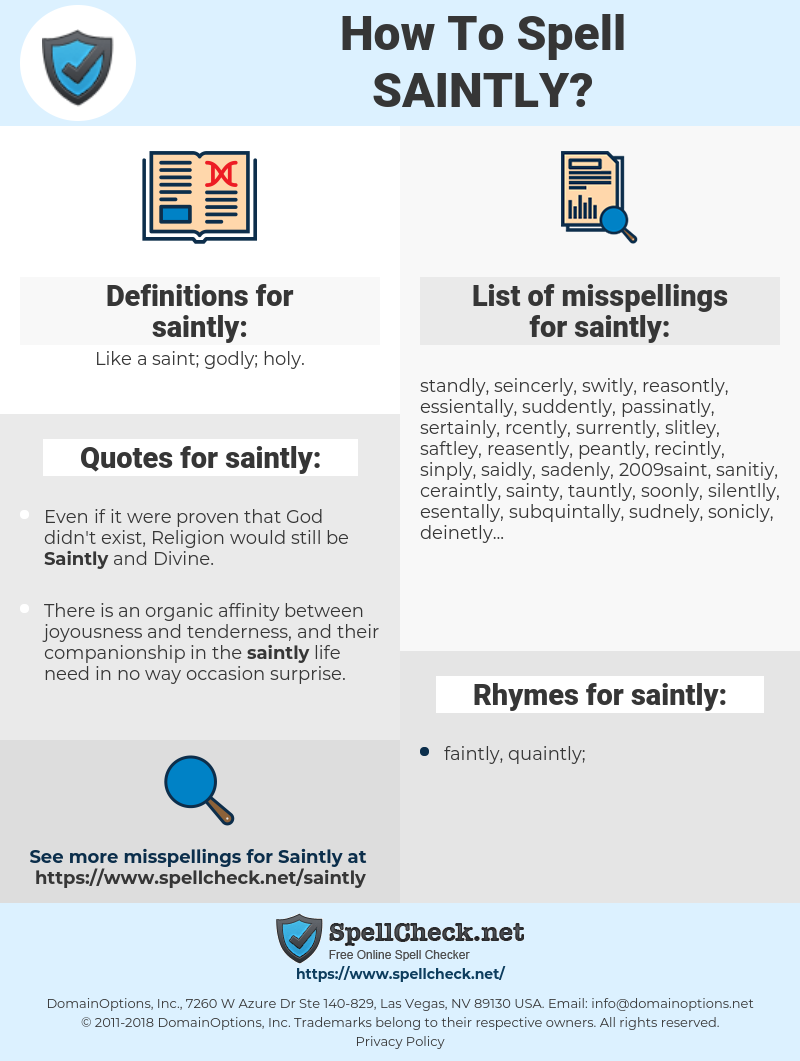