How to Pronounce same?

What are the misspellings for same?

Same can refer to a lot of different things. It can refer to something being equal in amount, value, rank, identity, or appearance. When it comes to objects, same can mean something identical to one another. If two things are the same color, shape, instrument, or flavor, then it can be said that they are the same. In terms of people, same can mean that two individuals are the same age, have similar physical attributes, share the same beliefs, or both have the same job. When it comes to time, same usually signifies that two intervals of time are exactly equal. In other words, they have the same length.

What are similar-sounding words for same?

Usage over time for same:

This graph shows how "same" have occurred between 1800 and 2008 in a corpus of English books.

21 words made out of letters SAME 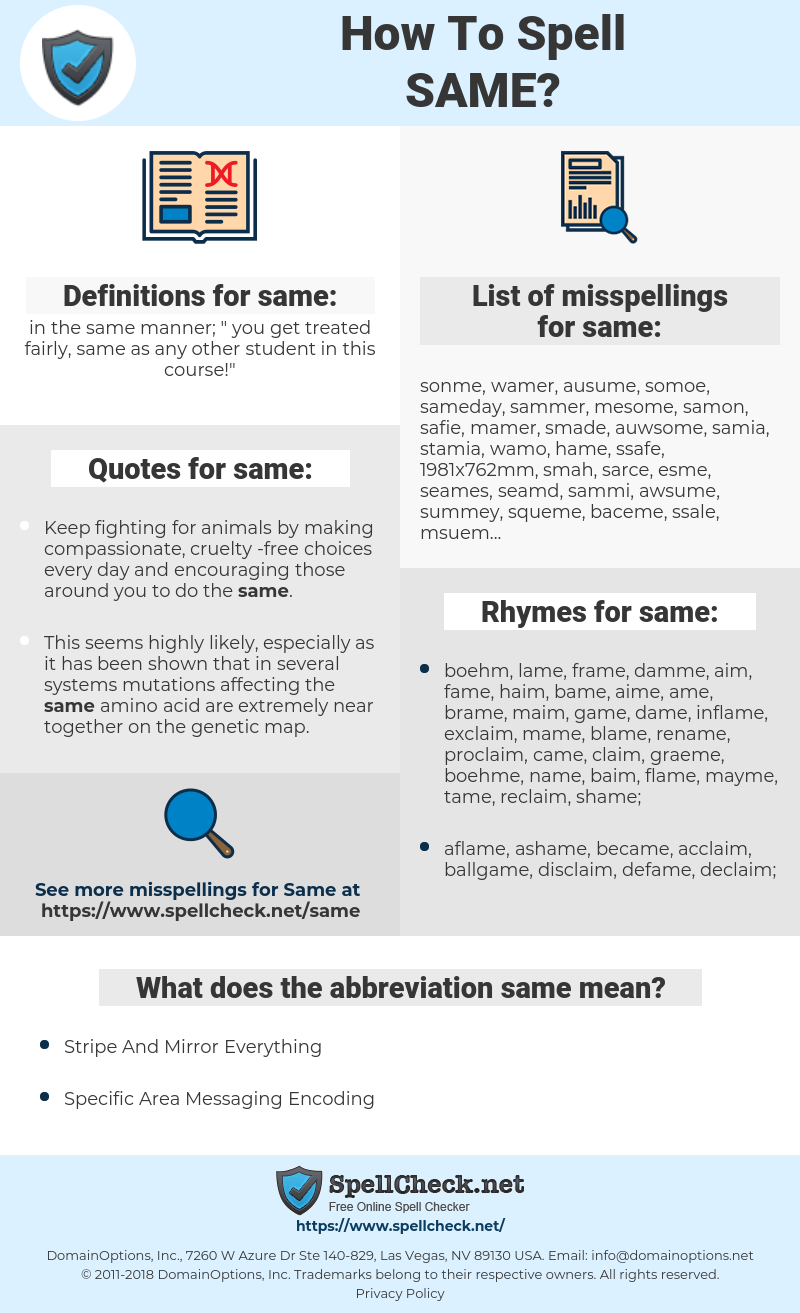