How to Pronounce titan?

What are the misspellings for titan?

Titans are a group of giant gods in Greek mythology, who preceded the rule of the Olympian gods. The most famous titans include Chronos and Rhea, who were responsible for giving birth to the gods; Prometheus, who brought fire and civilization to mankind; and Atlas, who was condemned to carry the world on his back. Titans played an important role in the religion and mythology of the ancient Greeks and featured prominently in numerous stories about the gods.

What are similar-sounding words for titan?

Usage over time for titan:

This graph shows how "titan" have occurred between 1800 and 2008 in a corpus of English books.

22 words made out of letters TITAN 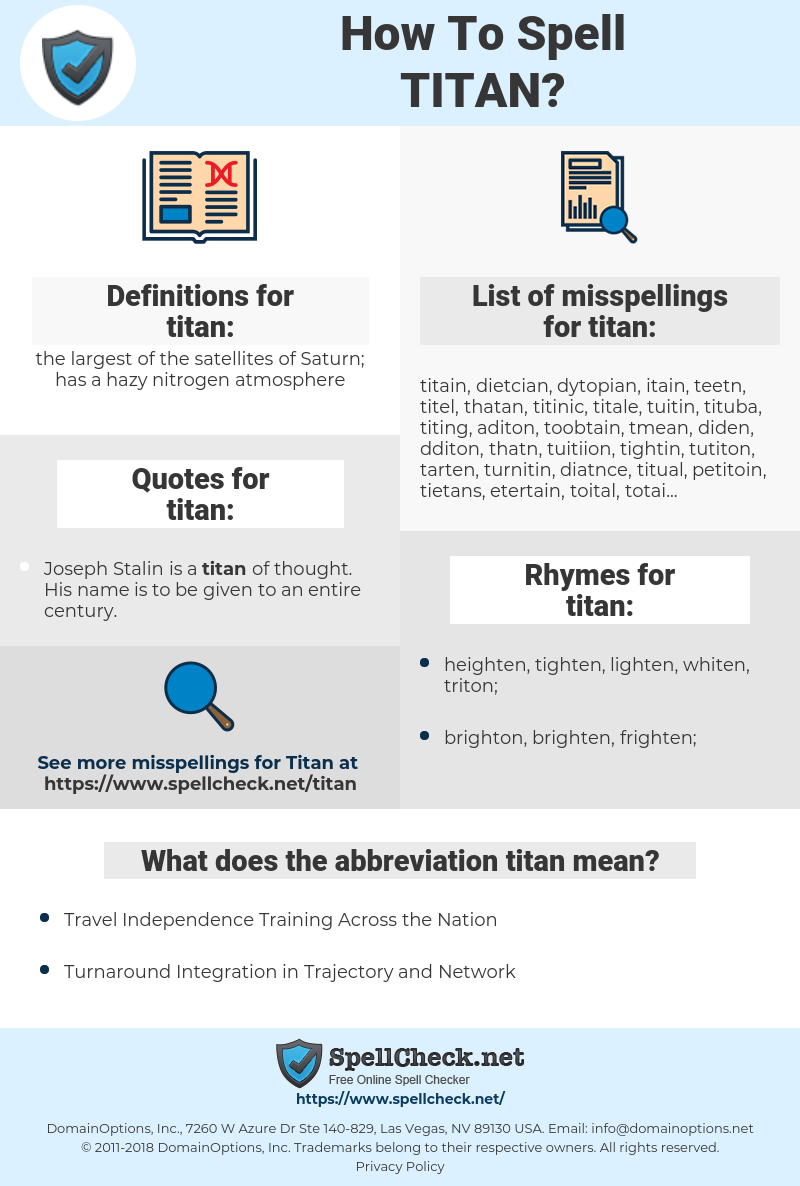