How to Pronounce witch?

A witch is a supernatural being revered in many different cultures and traditions. Historically, witches have often been feared and persecuted due to their believed supernatural powers such as the ability to cast spells or use magic.

Generally, witches have been portrayed in a negative light; as wicked and evil creatures with malicious intent. The word 'witch' is commonly associated with dark deeds or misdeeds, but this has begun to change as witches have become more accepted in modern society.

Many individuals today identify as a witch, celebrated in pop culture and modern media.

What are similar-sounding words for witch?

Usage over time for witch:

This graph shows how "witch" have occurred between 1800 and 2008 in a corpus of English books.

16 words made out of letters WITCH 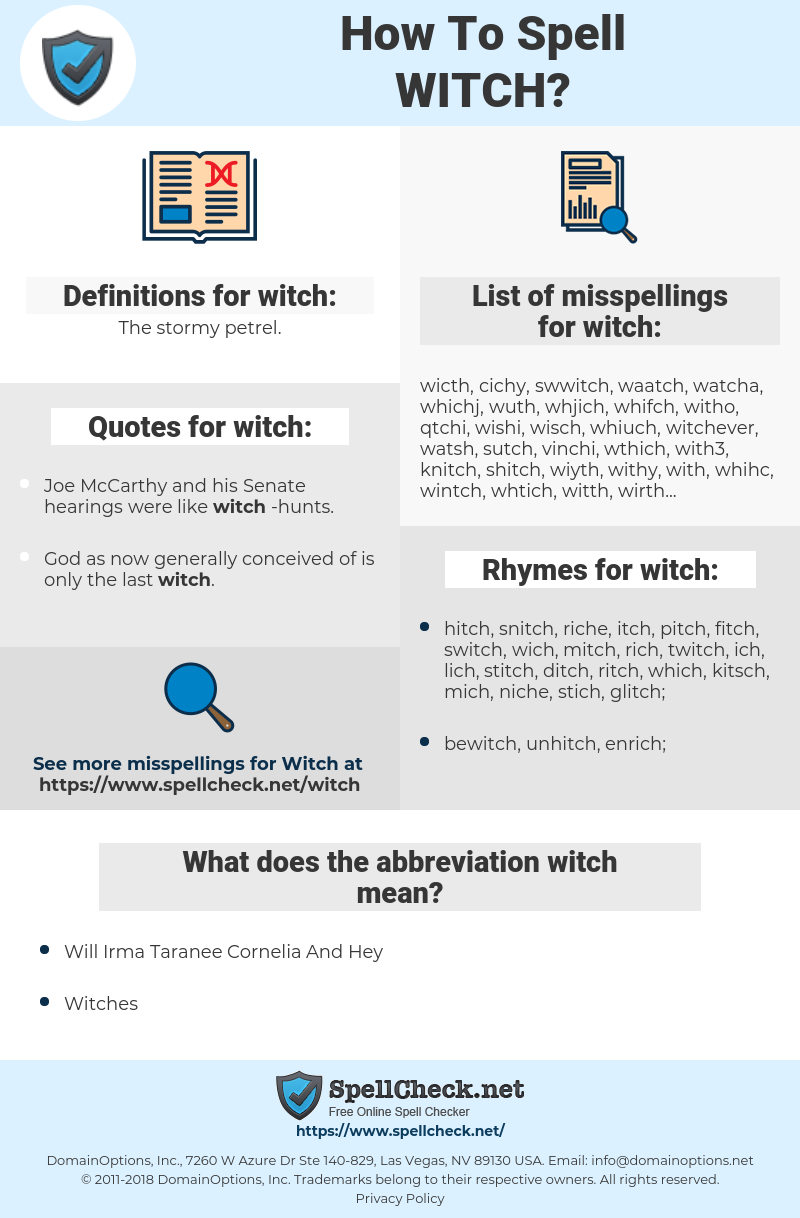