How to Pronounce would?

What are the misspellings for would?

Would is a auxiliary verb used to imply intentions in the future, often indicating a hypothetical situation. It can express the politeness of a request, as well as expressing a potential ability in the future. Would is not used as the past tense of will, as it can have different meanings in different contexts.

Would is used to indicate a possibility or to ask a question in the present. For example, "would you mind driving me to the airport?" Would can also be used to express preference or intent, such as "I would like to stay at home tonight".

Usage over time for would:

This graph shows how "would" have occurred between 1800 and 2008 in a corpus of English books.

17 words made out of letters WOULD 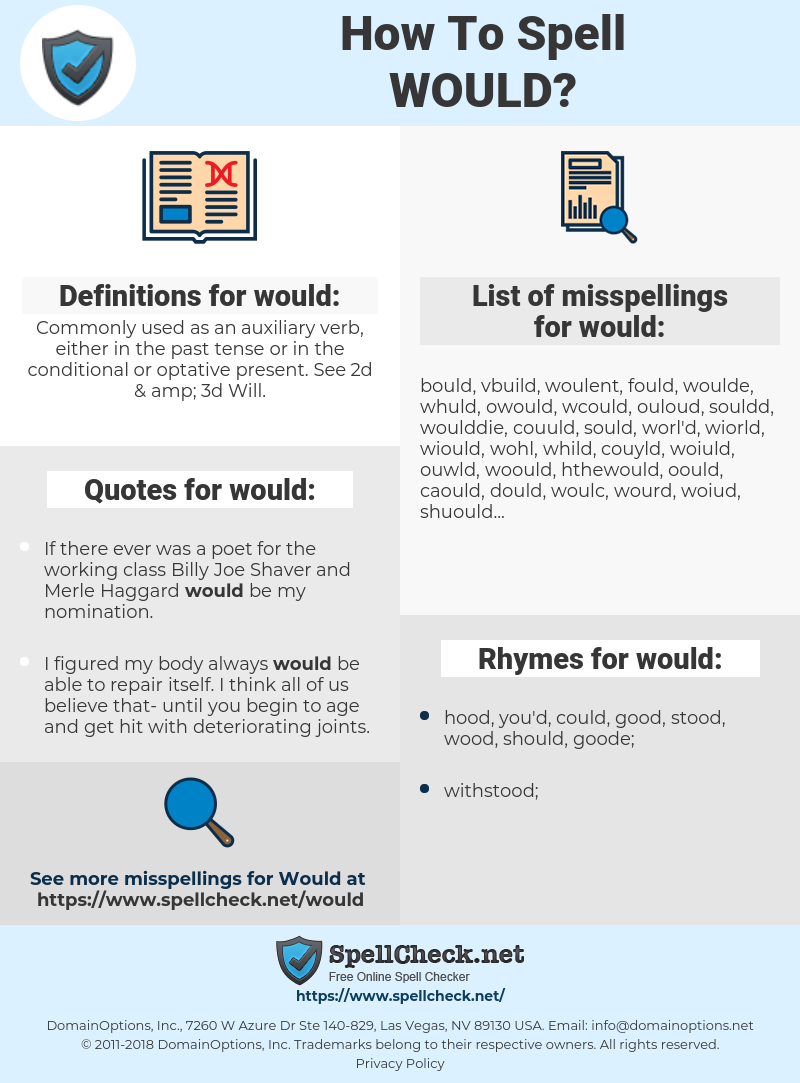