How to Pronounce babe?

What are the misspellings for babe?

Babe is a term of endearment used to address loved ones in an affectionate manner. Originally the word was derived from Baby, however it has since taken on a life of its own and is used to refer to anyone that is dear to us. The word can be used among family members, partners, friends and more. The term 'babe' is not gender specific and can be used to refer to both men and women.

When used among friends, the term has a feeling of casualness and lack of formality, as if it was made for people who have an undeniable bond.

What are similar-sounding words for babe?

Usage over time for babe:

This graph shows how "babe" have occurred between 1800 and 2008 in a corpus of English books.

9 words made out of letters BABE 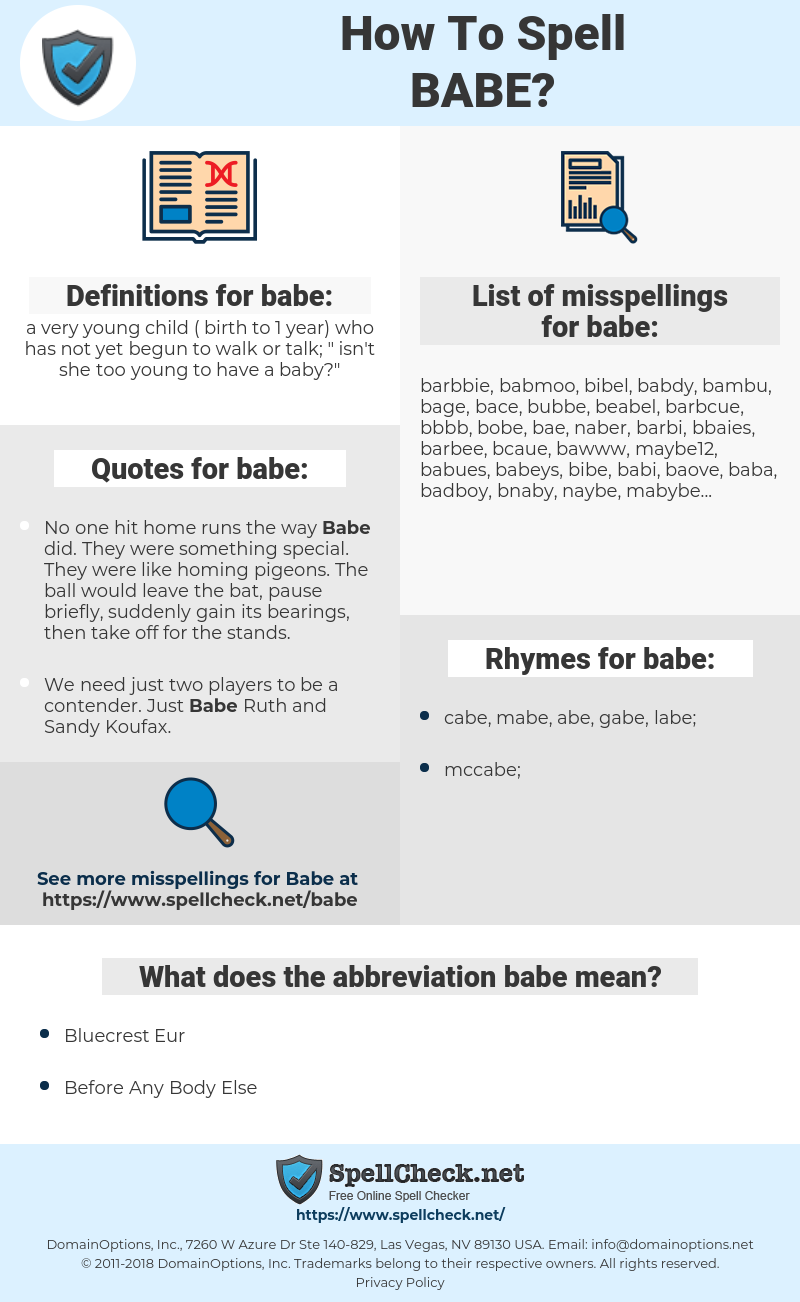