How to Pronounce Bah?

What are the misspellings for Bah?

Bah is an exclamation of surprise. It is most commonly used when an individual is taken aback by something, typically accompanied by a gesture of shock or disapproval. It is not unusual for Bah to be used on its own as a reaction to something happening or being said.

Bah is a term that has been around for centuries, but was made famous in the late 18th century by French novelist Denis Diderot in his book, "Essai sur les entraves de la liberte du commerce des grains." In the book, the phrase "Bah!" is used as a sign of dissatisfaction or disapproval.

What are similar-sounding words for Bah?

Usage over time for Bah:

This graph shows how "Bah" have occurred between 1800 and 2008 in a corpus of English books.

6 words made out of letters BAH 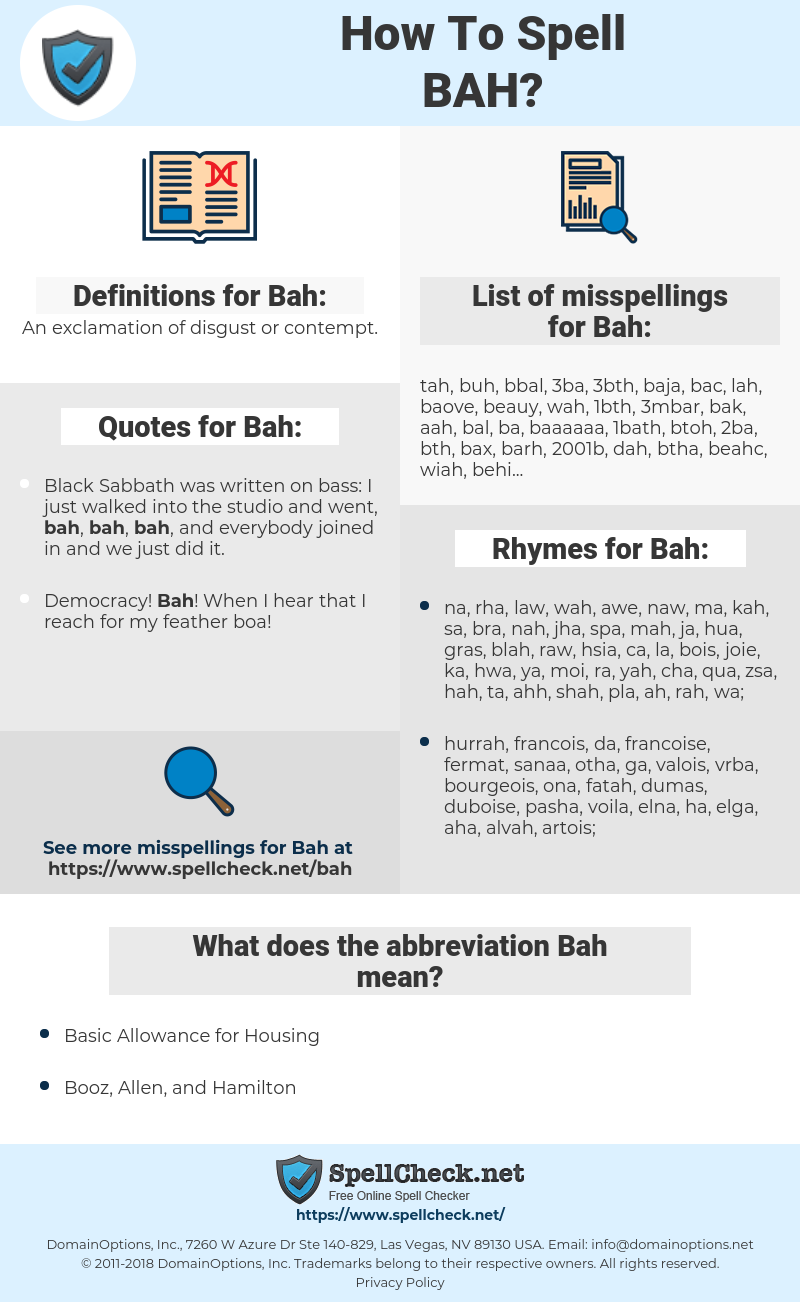