How to Pronounce Carr?

What are the misspellings for Carr?

Carr is an English and Scottish surname which originated from the Irish name Ãƒâ€œ Ciardha. It is an anglicised version of the Gaelic word ciar which means "black". The name has also been used in Scotland as a habitational name based on the Gaelic word carr meaning "marsh or boggy ground". It is believed that the Carr surname was first found in Cumberland, England where they were recorded as being seated from very ancient times. The family were documented as a branch of the powerful Ãƒâ€œ Ciardha clan of Leinster in Ireland during the Middle Ages.

What are similar-sounding words for Carr?

Usage over time for Carr:

This graph shows how "Carr" have occurred between 1800 and 2008 in a corpus of English books.

7 words made out of letters CARR 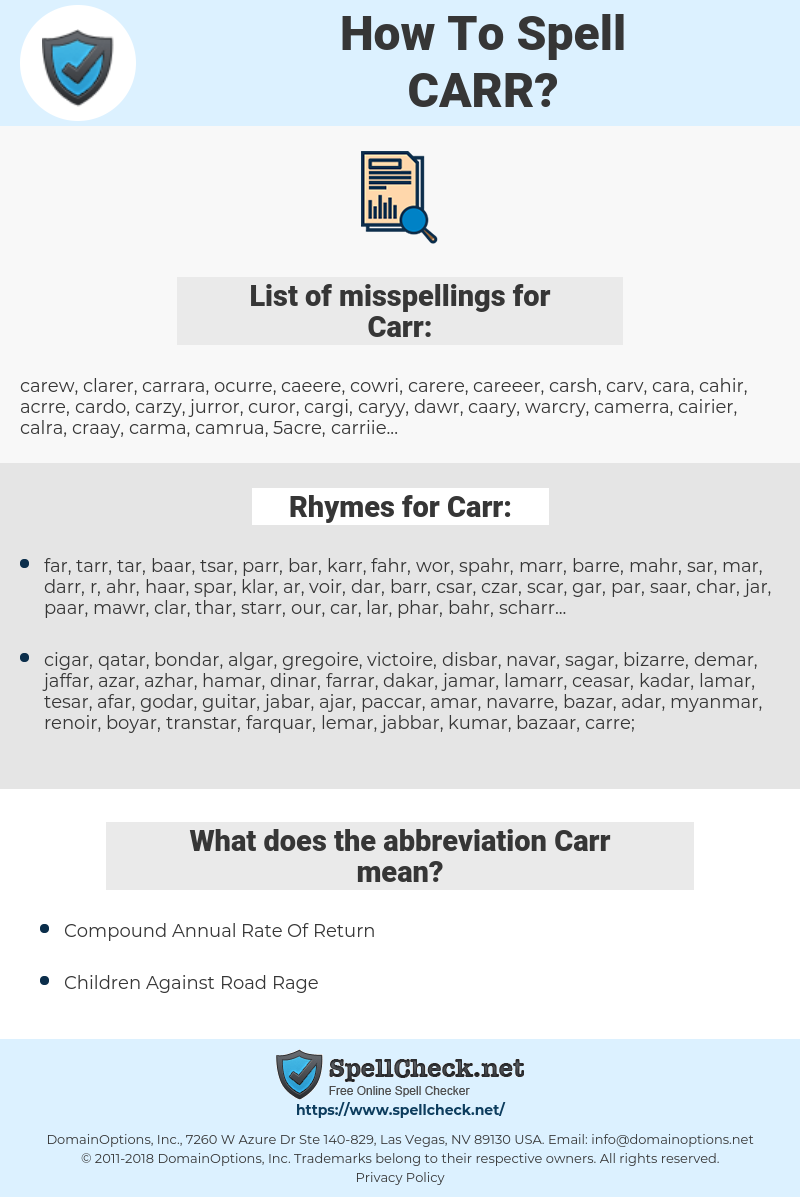