How to Pronounce dopes?

What are the misspellings for dopes?

Dopes is a derogatory term used by many people to refer to people who are considered to have unintelligent, foolish or otherwise unacceptable behavior or attitudes. Dopes are usually seen as having a lack of understanding or a narrow worldview, and often come off as overly opinionated and lacking knowledge of the realities of life. Dopes may also be perceived as having poor decision-making skills, interfering with their ability to maximize success in a variety of pursuits. There is often a lack of self-awareness among dopes, which leads to an obliviousness to the consequences of their actions.

Usage over time for dopes:

This graph shows how "dopes" have occurred between 1800 and 2008 in a corpus of English books.

32 words made out of letters DOPES 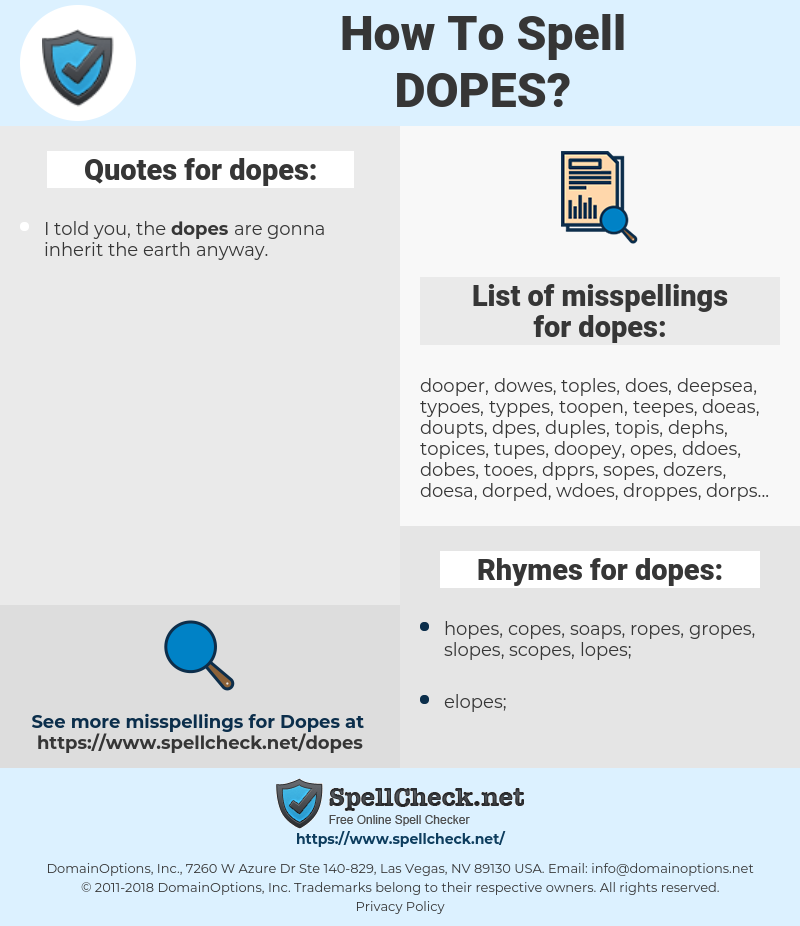