How to Pronounce dowser?

What are the misspellings for dowser?

A dowser is someone who uses a form of divination to find things that are hidden underground or sometimes even in the air. The practice of dowsing is said to date back to the 15th century, but some believe it has been practiced since ancient times. The most common tool used in dowsing is a Y- or L-shaped stick held by the dowser and used as a divining rod. By moving the stick, the dowser would detect movement in the shape of the rod, indicating a find.

Usage over time for dowser:

This graph shows how "dowser" have occurred between 1800 and 2008 in a corpus of English books.

80 words made out of letters DOWSER 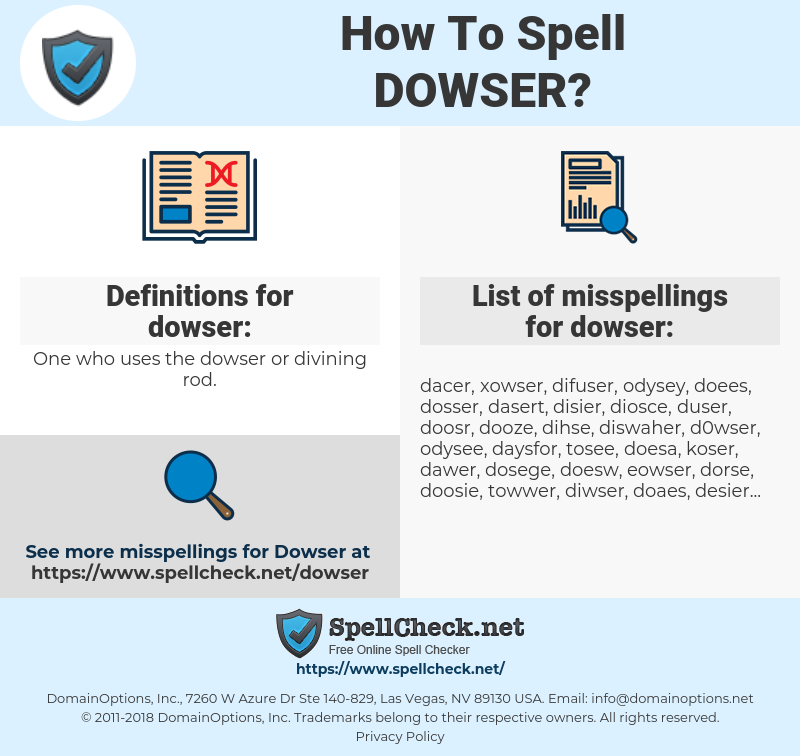