How to Pronounce furze?

What are the misspellings for furze?

Furze is a spiny shrub or bush that is prevalent in Northern Europe and parts of Asia. It is also known as gorse or "whin" and grows in a wide range of habitats including woodland edges, heaths and moors. It is also seen in commercial gardens and is often used as a hedge. The plant grows to between one and two metres high, it has slender, prickly branches and its leaves are bright-green and leathery. The flowers are small, golden-yellow and are borne in clusters. The plant can tolerate poor soils and is a hardy species.

Usage over time for furze:

This graph shows how "furze" have occurred between 1800 and 2008 in a corpus of English books.

7 words made out of letters FURZE 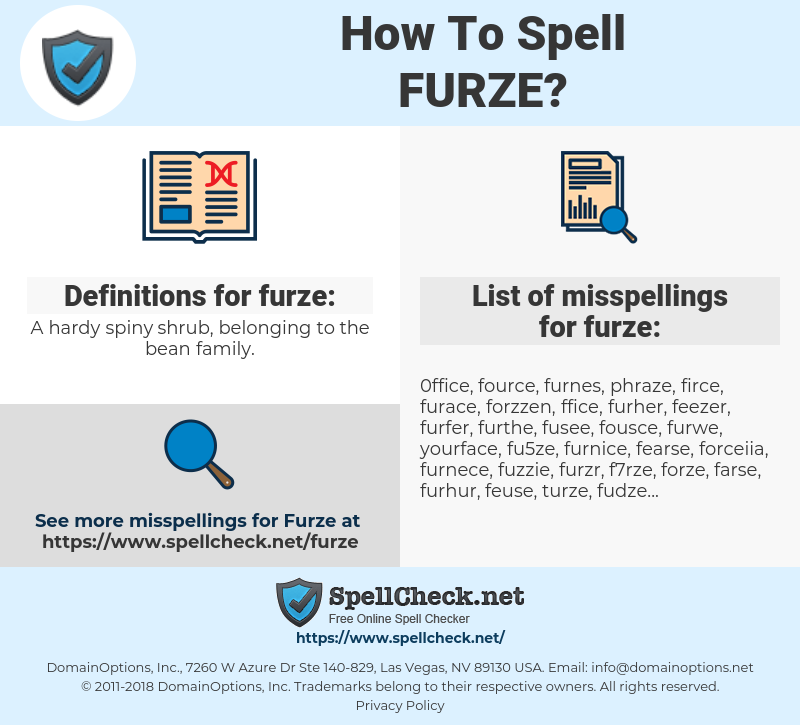