How to Pronounce gaunt?

What are the misspellings for gaunt?

Gaunt is a word used to describe the physical appearance of a person who is skeletal in appearance, usually due to either illness or extreme malnutrition. A gaunt person will be thin, weak and have a rather haunted facial expression, often appearing to lack the energy for mundane activities. Historically, gaunt was associated with the plague, which would ravage entire towns, leading to large numbers of citizens becoming deathly ill and emaciated. It was also often used in literature and poetry to evoke a feeling of dread and desolation.

Usage over time for gaunt:

This graph shows how "gaunt" have occurred between 1800 and 2008 in a corpus of English books.

25 words made out of letters GAUNT 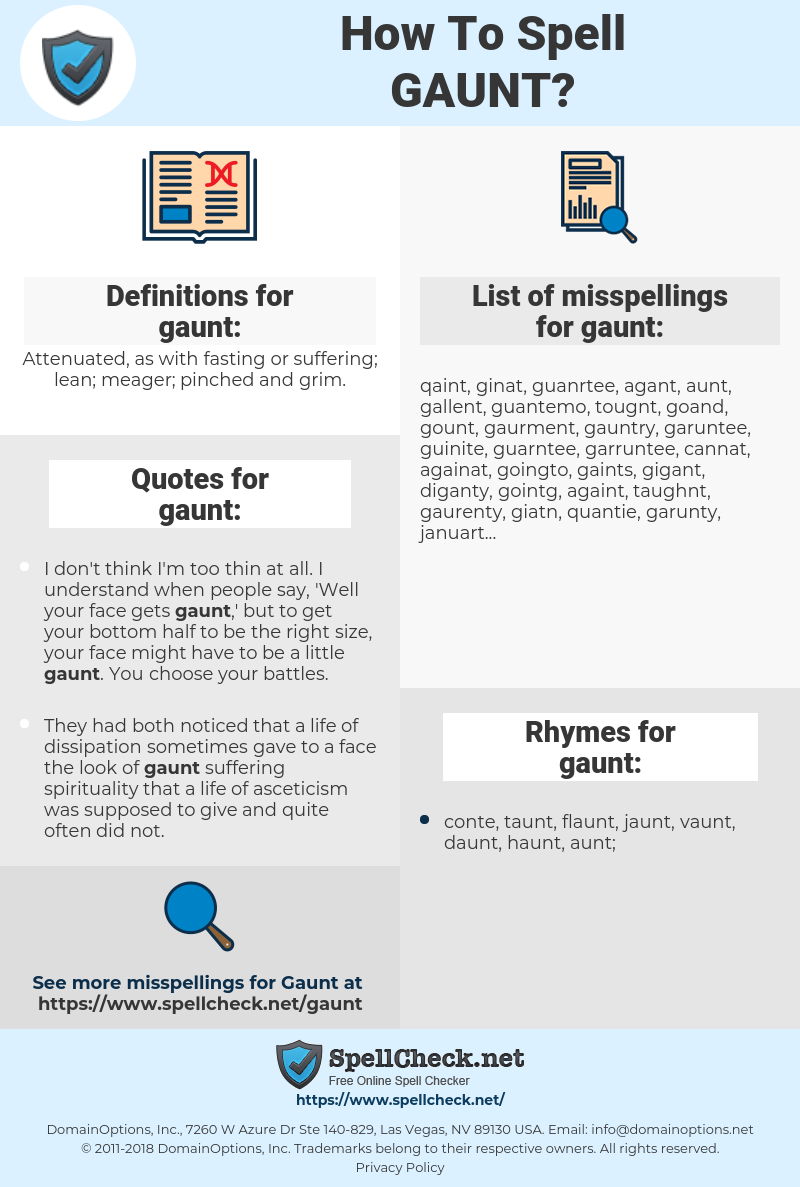