How to Pronounce houri?

What are the misspellings for houri?

A houri is an Islamic term used to refer to a beautiful woman in paradise. It is believed that such women are promised to faithful Muslim men in the afterlife. The houri are of immense beauty, with bright white skin, large black eyes and exotic features. They are described as being free from any physical blemishes or deficiencies and as resembling hidden pearls.

In Islamic tradition, the houri are said to await faithful Muslim men in Heaven along with rivers of wine and plentiful fruits and nuts.

Usage over time for houri:

This graph shows how "houri" have occurred between 1800 and 2008 in a corpus of English books.

14 words made out of letters HOURI 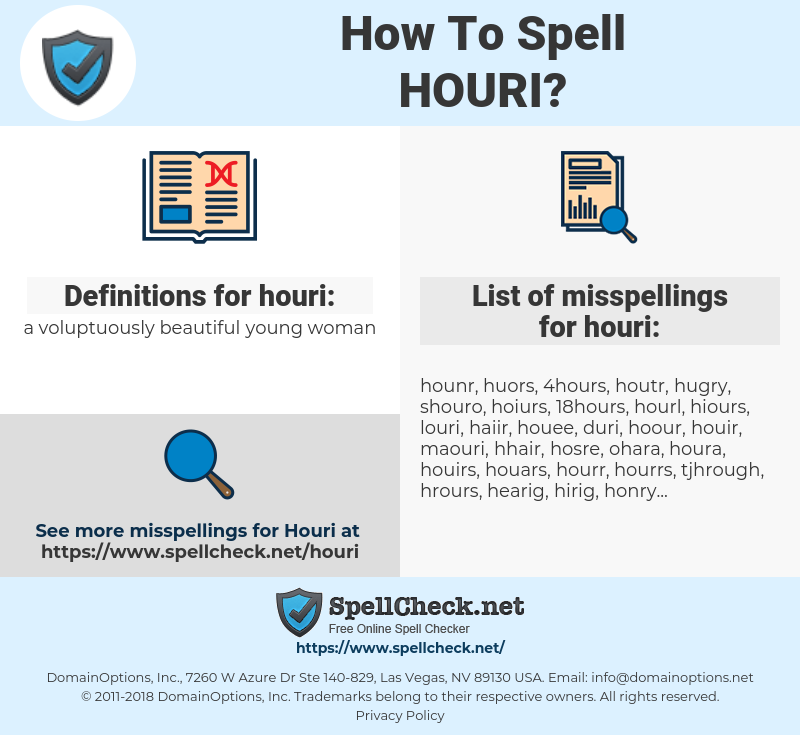