How to Pronounce jude?

What are the misspellings for jude?

Jude is a popular name both for boys and girls. It is of Hebrew origin and means Praised or Jewel. Popular in the United Kingdom, Jude can be seen in the United States as a modern classic and has grown in popularity over the past decade. The name is still heavily associated with The Beatles, as the main character of their song "Hey Jude".

The nickname Jude has also been popular and can be shortened to Jay, Judey, Judo or Jud. This sets a modern twist on this classic name and creates a fun way to bring it into the 21st century.

Usage over time for jude:

This graph shows how "jude" have occurred between 1800 and 2008 in a corpus of English books.

8 words made out of letters JUDE 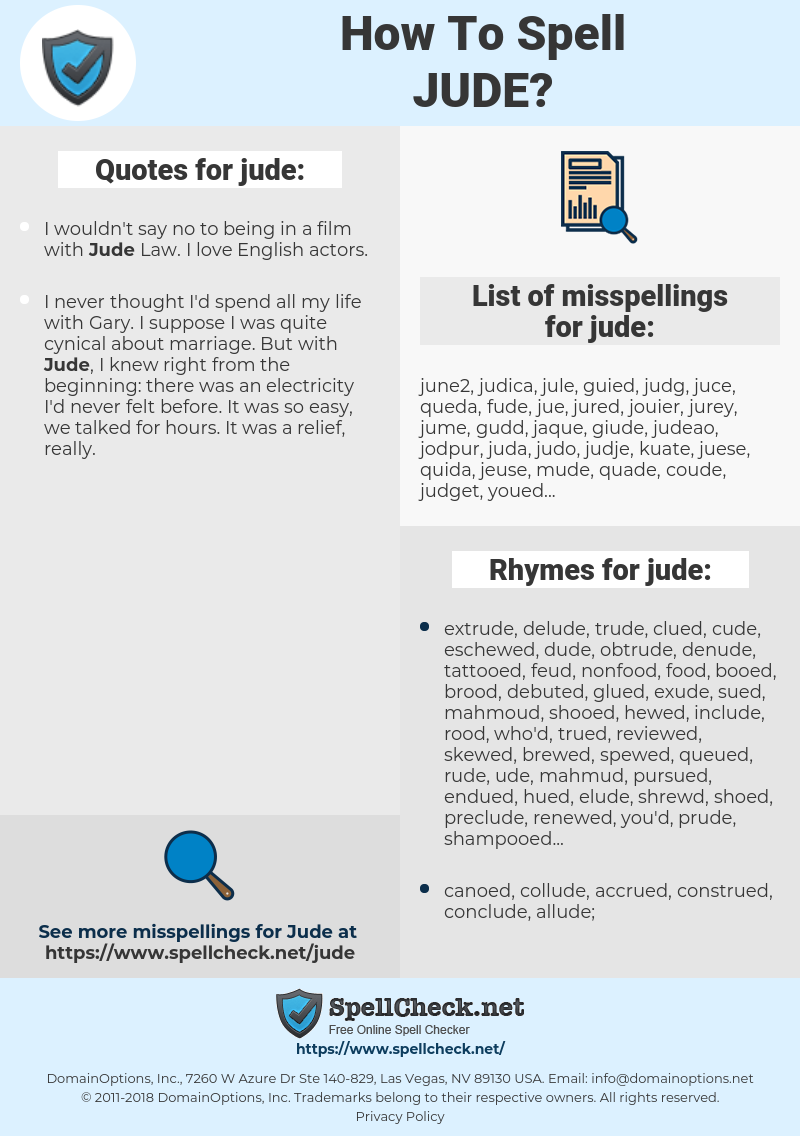