How to Pronounce MAIS?

What are the misspellings for MAIS?

MAIS, also known by its given name Zea mays, is a cereal grain commonly grown for its edible seed. Mais is a staple food in many parts of the world and has been a center of diets for centuries. Mais is native to tropical and subtropical regions of the Americas and is most commonly used for human consumption as a grain or as a by-product used in animal feed. Mais can be either white or yellow, and is generally ground into a flour for use in various recipes and food preparations.

What are similar-sounding words for MAIS?

Usage over time for MAIS:

This graph shows how "MAIS" have occurred between 1800 and 2008 in a corpus of English books.

22 words made out of letters MAIS 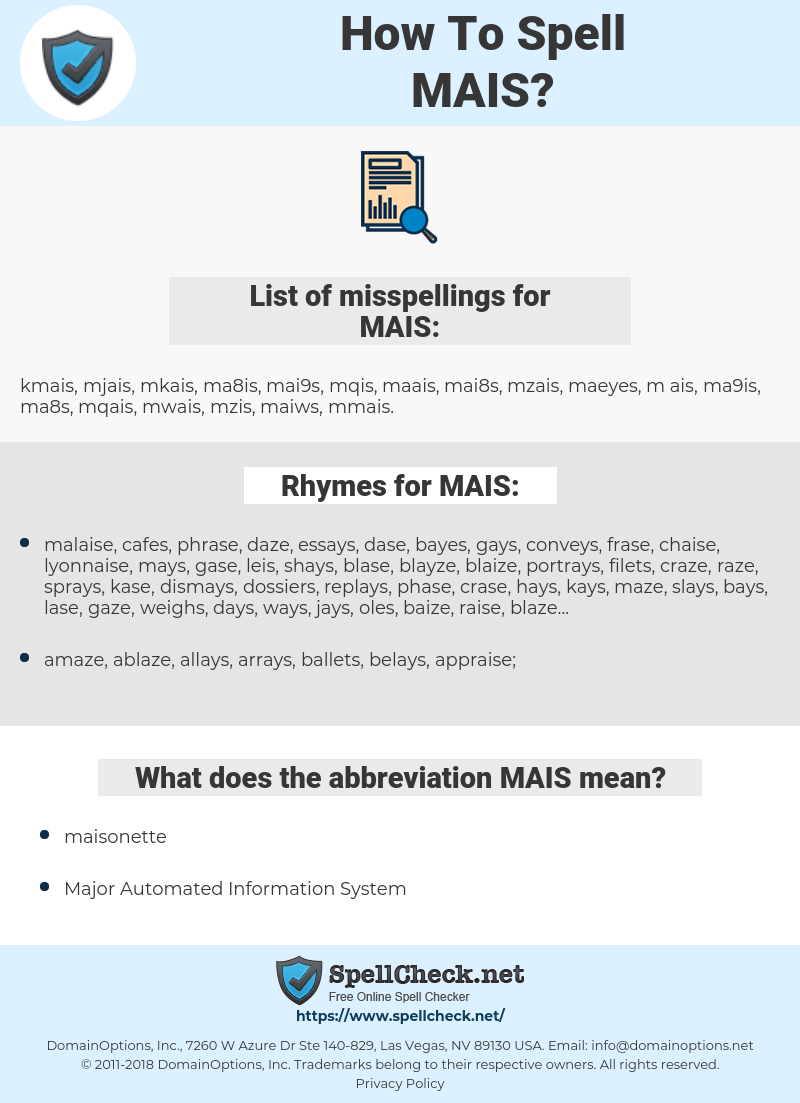