How to Pronounce MAUS?

What are the misspellings for MAUS?

MAUS is a graphic novel created by American cartoonist and comic book author Art Spiegelman. It tells the story of Vladek Spiegelman, a Jewish Holocaust survivor, and his son, the author. It is a biography, a war story, and a Holocaust narrative all in one--it has been praised for its exploration of the psychological and moral effects of the Holocaust on the survivor and their family.

The novel takes the form of a long-form comic book, featuring images of anthropomorphic animals representing different nationalities and ethnicities.

What are similar-sounding words for MAUS?

Usage over time for MAUS:

This graph shows how "MAUS" have occurred between 1800 and 2008 in a corpus of English books.

17 words made out of letters MAUS 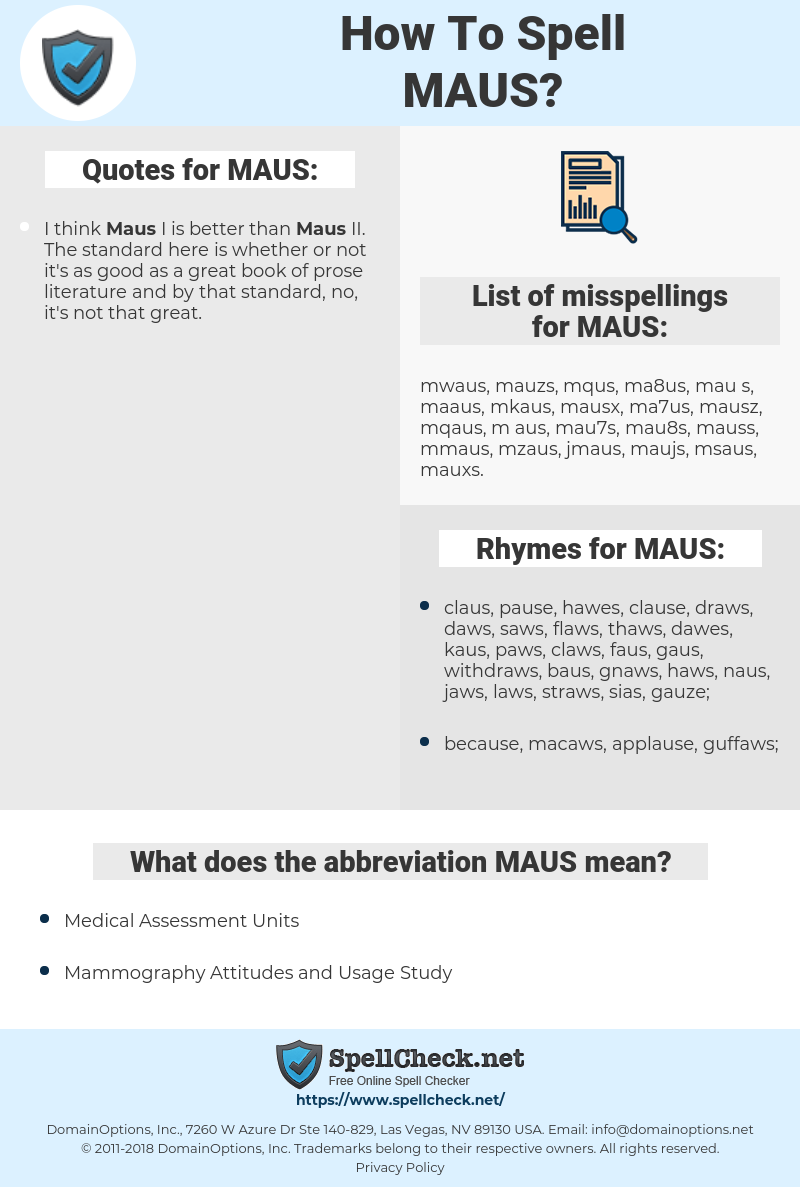