How to Pronounce mews?

What are the misspellings for mews?

Mews is a type of residential architecture which typically refers to smaller houses built into the back of a larger building. They are typically buildings behind or beside large residences, often with their own separate entrance. Mews buildings can be found in towns and cities all over the world, with the most recognizable mews in the United Kingdom, particularly in London's Mayfair, Belgravia and Kensington areas. Mews homes have a long and distinguished history, having been built as far back as the 18th century when horses and carriages still roamed the street.

What are similar-sounding words for mews?

Usage over time for mews:

This graph shows how "mews" have occurred between 1800 and 2008 in a corpus of English books.

17 words made out of letters MEWS 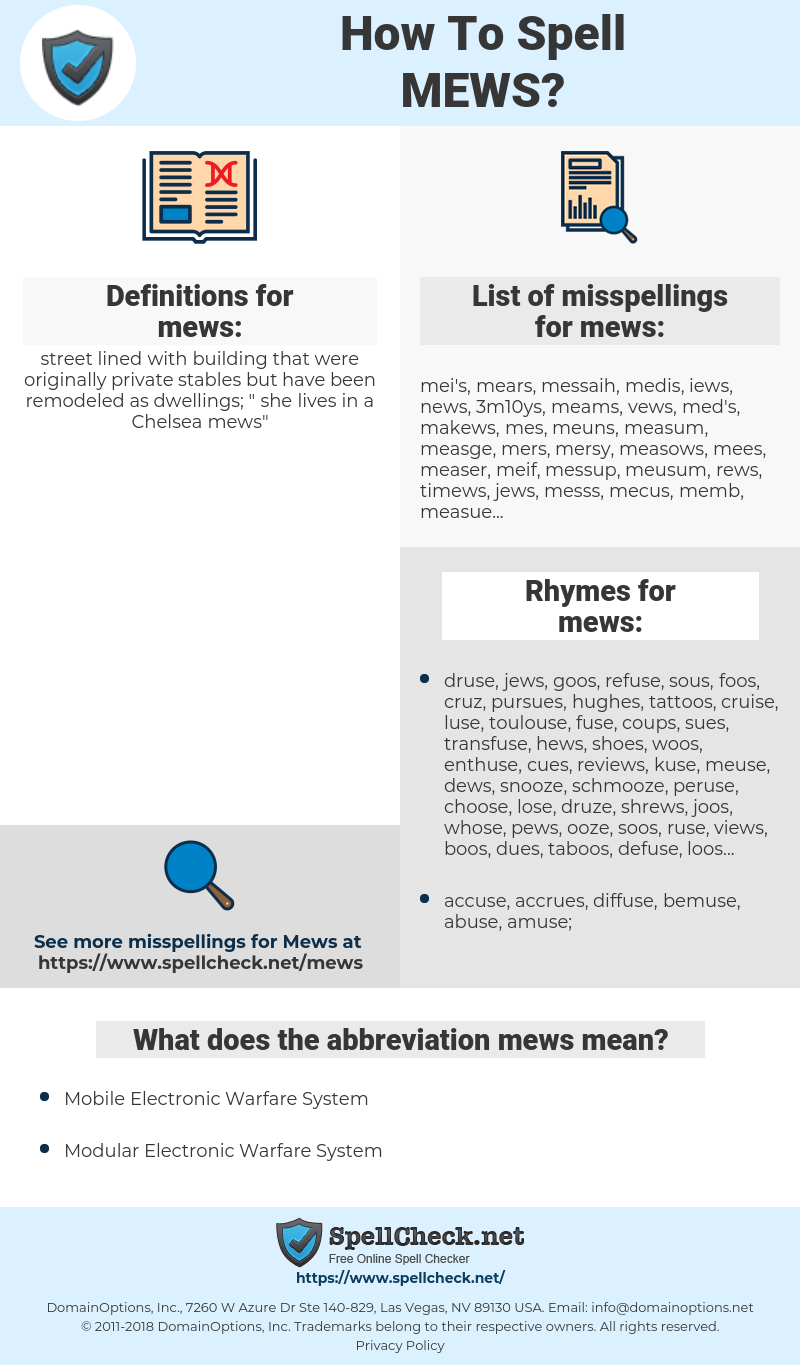