How to Pronounce pisa?

What are the misspellings for pisa?

Pisa is an Italian city located in the region of Tuscany. It is known for its iconic Leaning Tower of Pisa, a freestanding bell tower that began its lean during construction in the 12th century due to the unstable soils beneath the structure. The remarkable tower's tilt has put Pisa on the map of the world, making it one of the city's most well-known sites. In addition to the iconic leaning tower, Pisa is home to the University of Pisa, which is one of Italy's oldest universities that has been in existence since the 14th century.

What are similar-sounding words for pisa?

Usage over time for pisa:

This graph shows how "pisa" have occurred between 1800 and 2008 in a corpus of English books.

23 words made out of letters PISA 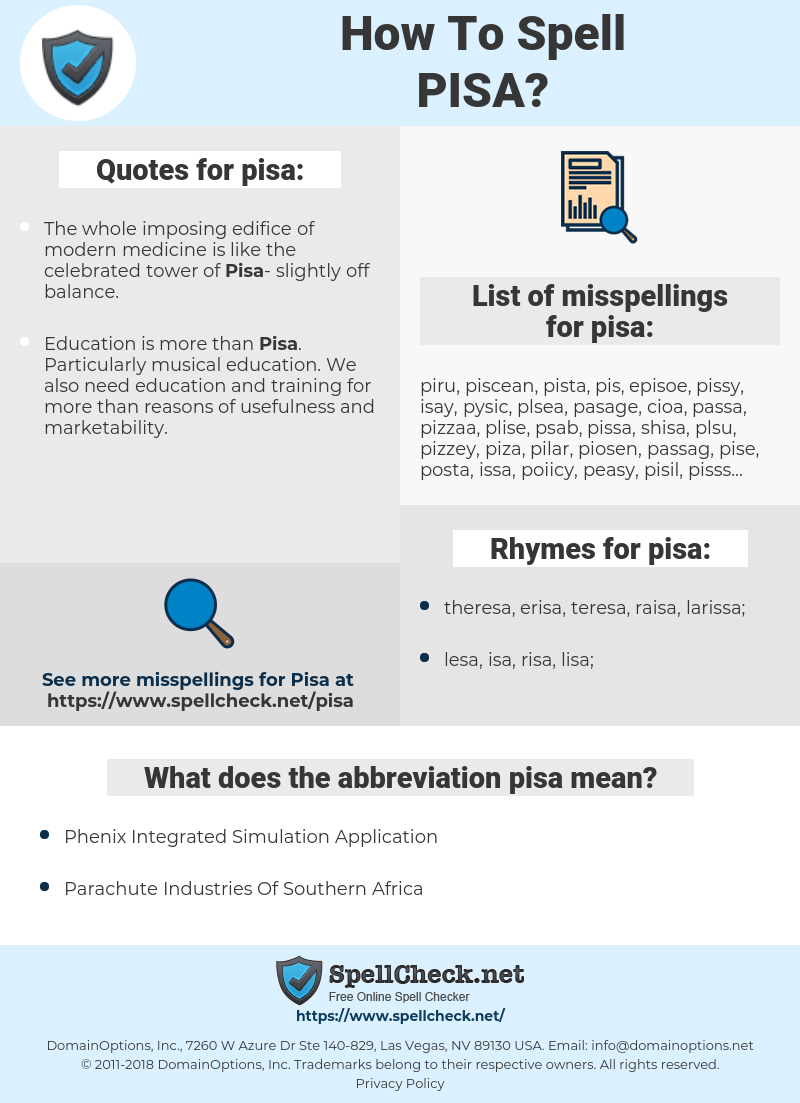