How to Pronounce queen?

What are the misspellings for queen?

Queen is a title given to the female head of state in some countries. In the United Kingdom, Queen Elizabeth II is the reigning queen. Throughout history, there have been many powerful queens who have shaped the world. Queen Cleopatra of Egypt is an example of a famous ruler who was renowned for her great beauty and political power. Queen Victoria was the longest reigning British Monarch and her rule marked an era of significant social and cultural changes in the UK. Queen Elizabeth I of England is one of the most iconic figures in British history, she was renowned for her brilliance, generosity and religious tolerance.

What are similar-sounding words for queen?

Usage over time for queen:

This graph shows how "queen" have occurred between 1800 and 2008 in a corpus of English books.

7 words made out of letters QUEEN 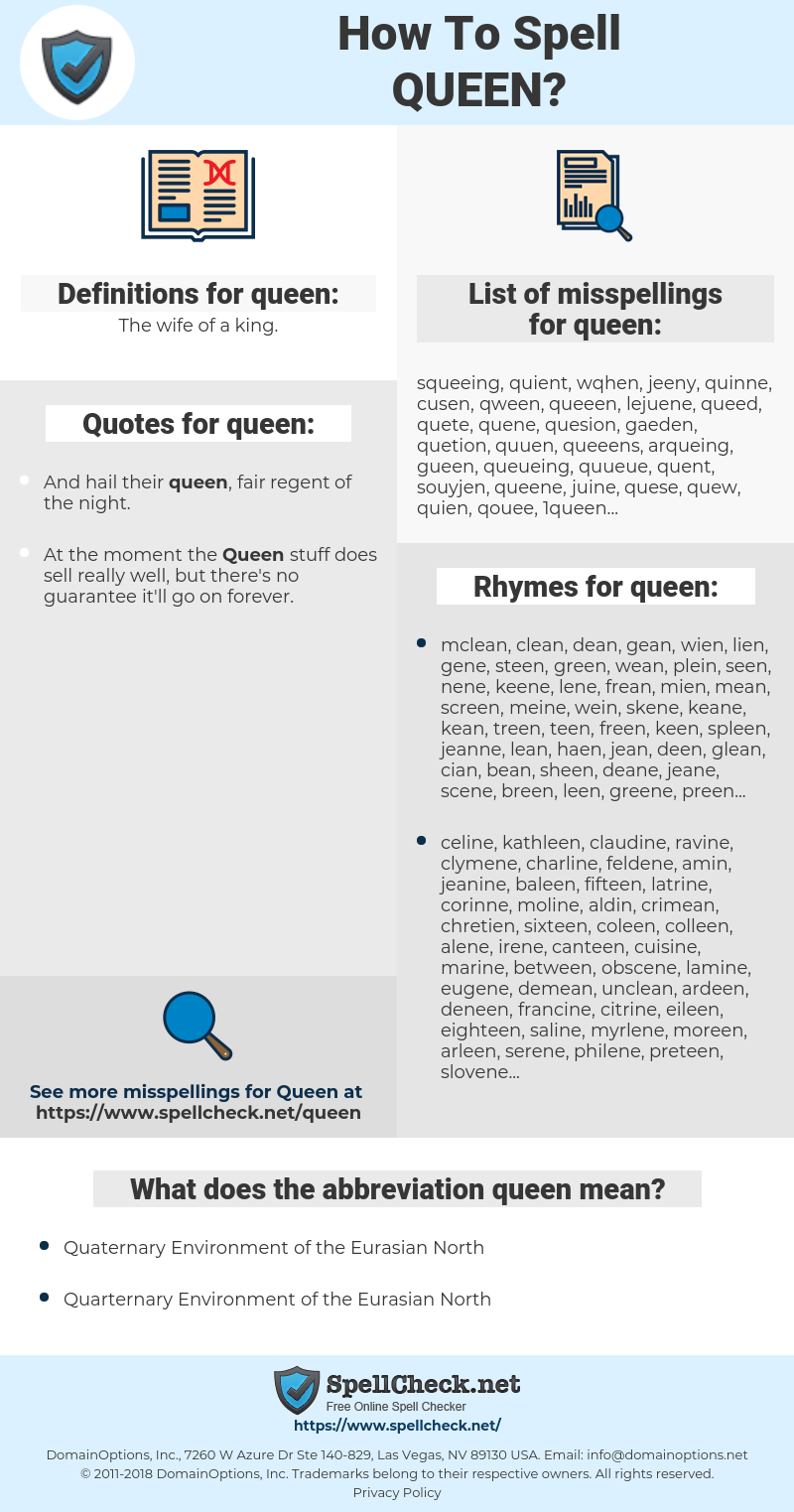