How to Pronounce snotty?

What are the misspellings for snotty?

Snotty is a term that is often used to describe an individual with a sour disposition or negative attitude. This person is often seen as being haughty, snobbish, and having an air of superiority. They may speak to others in a condescending, dismissive, or demeaning manner. They may be arrogant and make themselves feel better by belittling or insulting others. It is often thought that snotty individuals are in pursuit of power and recognition, but it can also be a sign of a person's insecurity.

Usage over time for snotty:

This graph shows how "snotty" have occurred between 1800 and 2008 in a corpus of English books.

36 words made out of letters SNOTTY 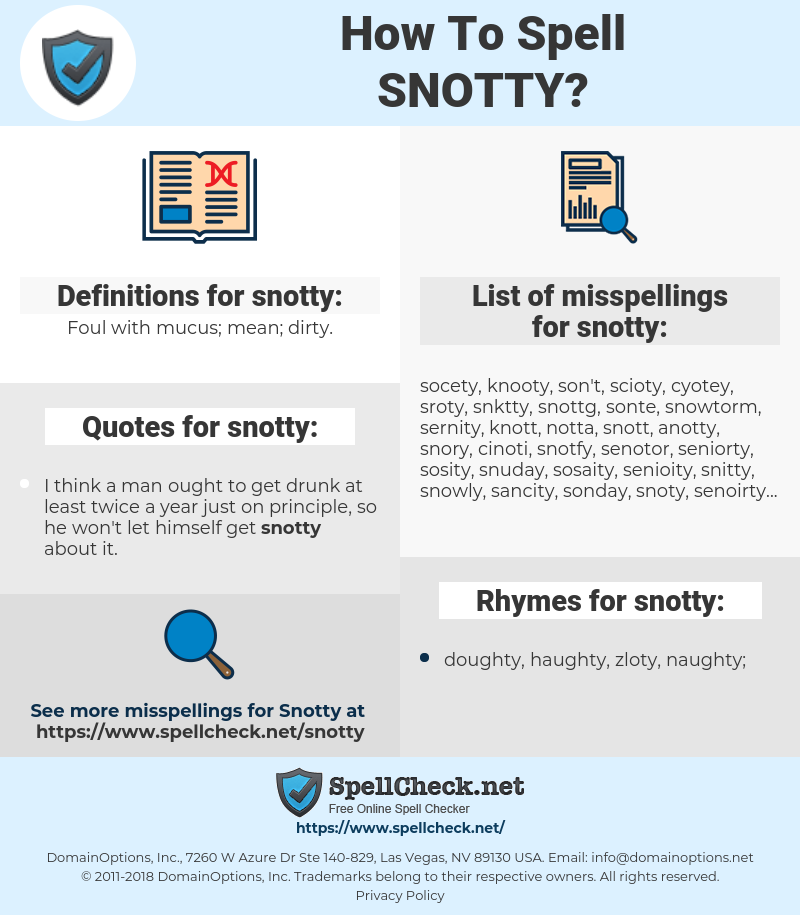