How to Pronounce aired?

What are the misspellings for aired?

Aired is an adjective that is used to describe something that is broadcast on TV or radio. Aired programs can be seen or heard by people all over the world. It can be used to refer to programs that are broadcast live, as well as pre-recorded shows that are aired on a specific date or time. It can also refer to programs and commercials that are aired as part of a TV or radio station's programming. Airing shows regularly can help to create a loyal and dedicated audience, as well as build brand recognition for the station.

Usage over time for aired:

This graph shows how "aired" have occurred between 1800 and 2008 in a corpus of English books.

45 words made out of letters AIRED 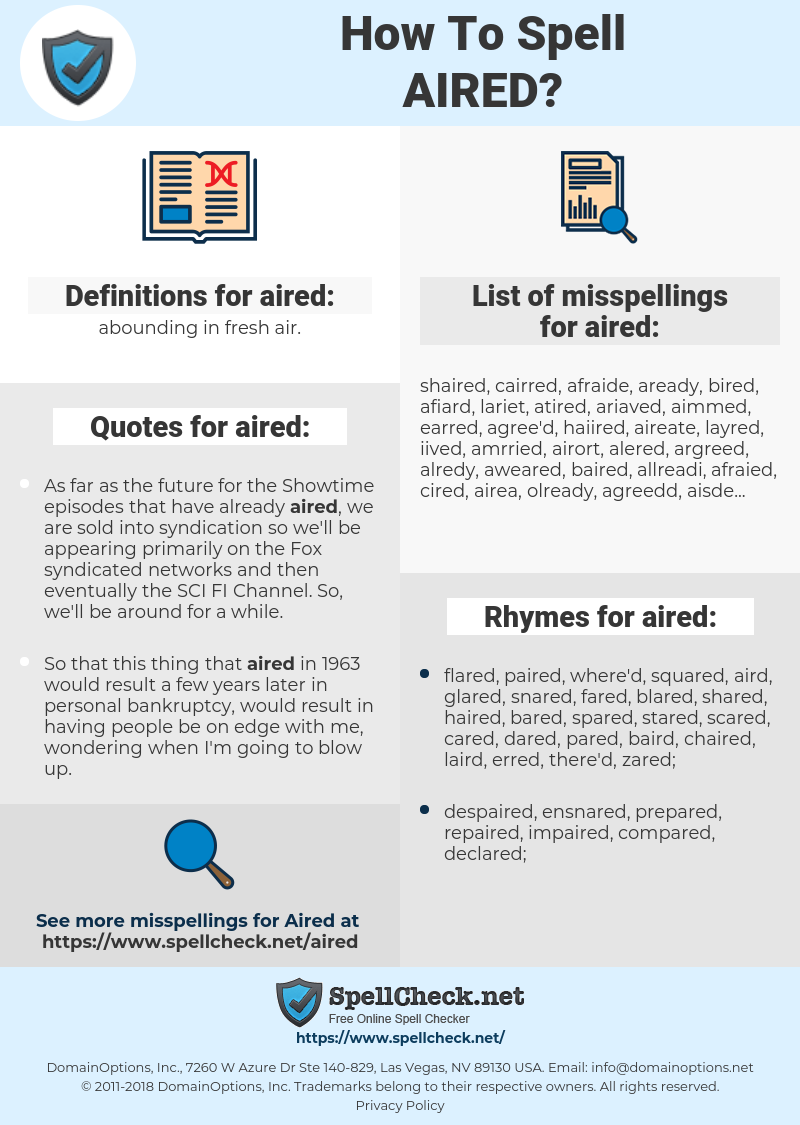