How to Pronounce Apes?

What are the misspellings for Apes?

Apes are a branch of primates, scientifically known as hominoids, that are found in tropical and subtropical areas of Asia, Africa, and the Americas. They are four of the five most closely related species of primates to humans and the most like humans in terms of behavior, physical characteristics, and brain development. It is believed that human evolution began with an ape-like ancestor that lived between 8-6 million years ago. Among the different species of apes, there are orangutans, gorillas, chimpanzees, bonobos and gibbons.

Usage over time for Apes:

This graph shows how "Apes" have occurred between 1800 and 2008 in a corpus of English books.

24 words made out of letters APES 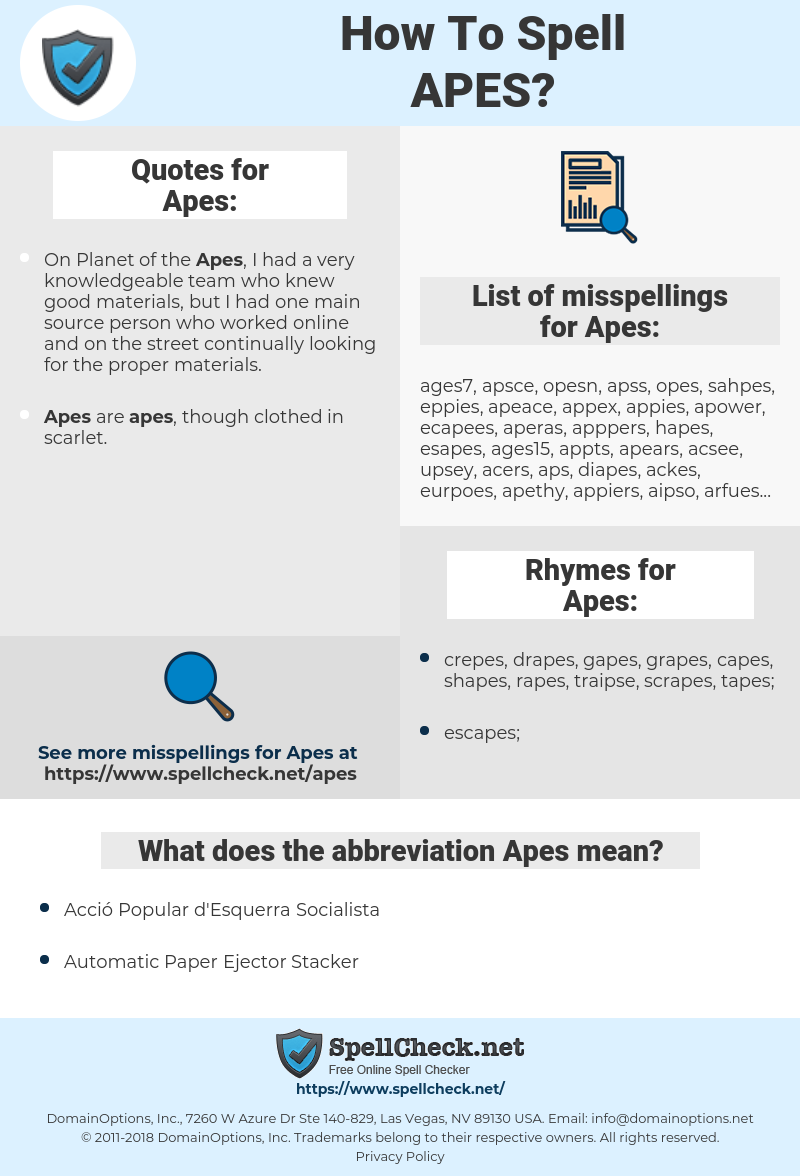