How to Pronounce Claus?

What are the misspellings for Claus?

Claus is a popular figure in many countries of the world, most famously known for being Christmas for children. He is often depicted as an older, jovial man with long white hair, a red and white suit, and a black belt with a large gold buckle. Santa Claus, known by different names such as Saint Nicholas, Father Christmas, and Kris Kringle, is associated with distributing presents and good luck on Christmas eve and in some cultures. He brings joy to children on the very special day by delivering presents to them while they sleep in anticipation.

Usage over time for Claus:

This graph shows how "Claus" have occurred between 1800 and 2008 in a corpus of English books.

13 words made out of letters CLAUS 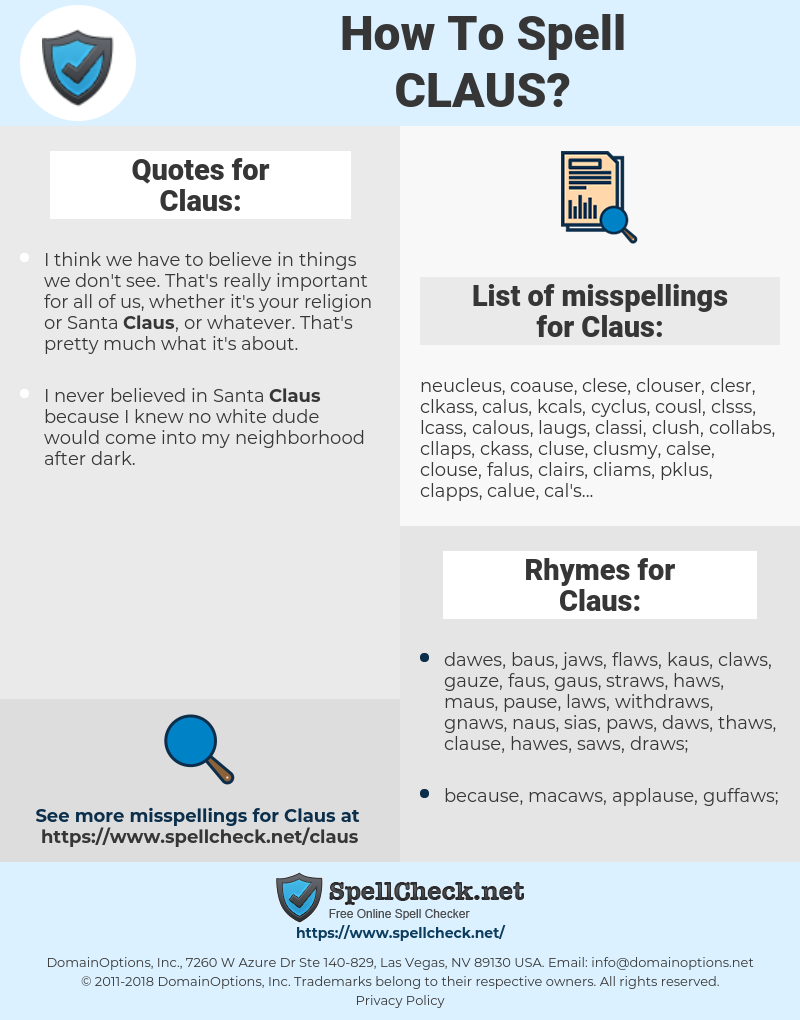