How to Pronounce cuss?

What are the misspellings for cuss?

Cussing, also known as profanity, is the use of unfiltered language in an attempt to be humorous, provocative, or straightforward. Many cultures have varying degrees of attitudes towards cussing, with some totally prohibiting its use while others may be more lenient in certain contexts. Some find cussing as a natural part of daily life, while others consider it vulgar and offensive. Cussing can often be seen in entertainment media such as movies, television shows, books, music and more. It can be a sign of frustration, or it can be used to elevate the intensity of a conversation or situation.

What are similar-sounding words for cuss?

Usage over time for cuss:

This graph shows how "cuss" have occurred between 1800 and 2008 in a corpus of English books.

7 words made out of letters CUSS 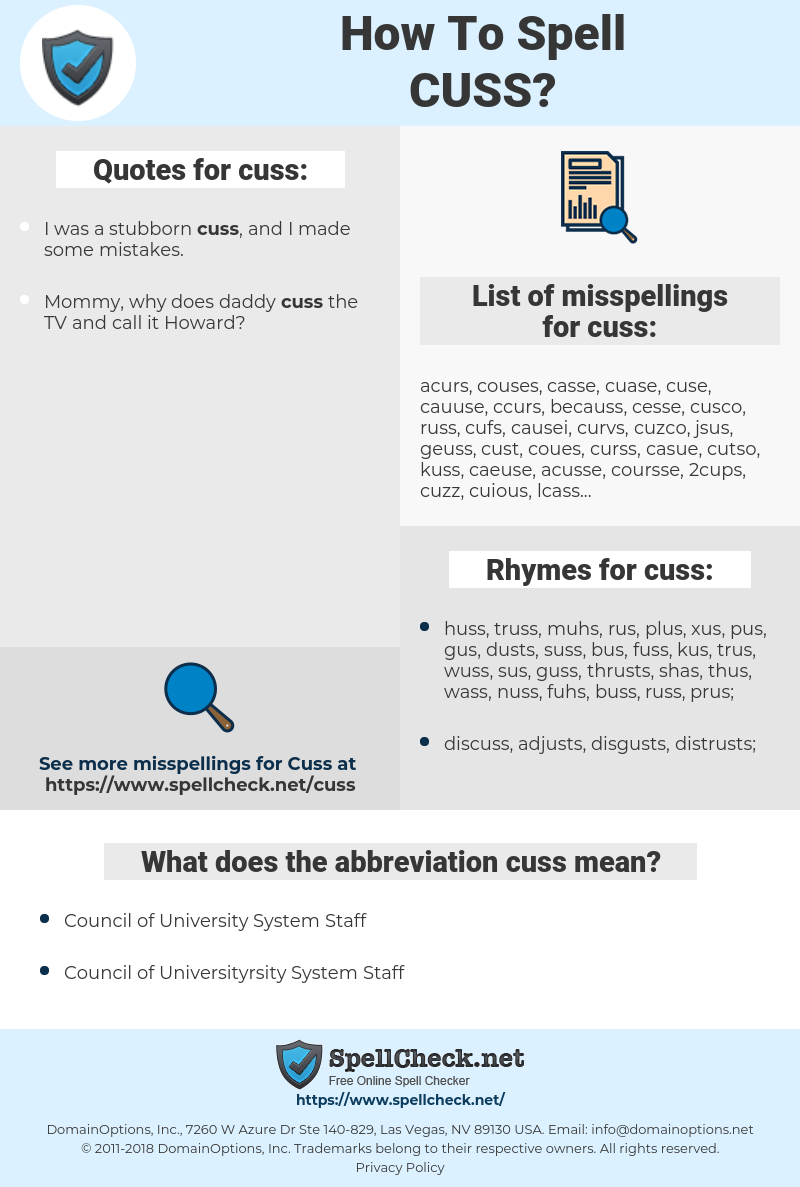