How to Pronounce Jame?

What are the misspellings for Jame?

Jame is a popular name among many cultures. It is often used as both a boy's name and a girl's name. The origin of the name is uncertain, but there are many theories about its meaning.

In some countries, Jame is thought to mean "someone who has strength and power". Others believe it has a Biblical origin, perhaps a variation of James, meaning "supplanter". There is also a German meaning, which translates to "God's gracious gift".

In the United States, the name Jame is often used as a unisex name, meaning anyone can make use of it.

Usage over time for Jame:

This graph shows how "Jame" have occurred between 1800 and 2008 in a corpus of English books.

7 words made out of letters JAME 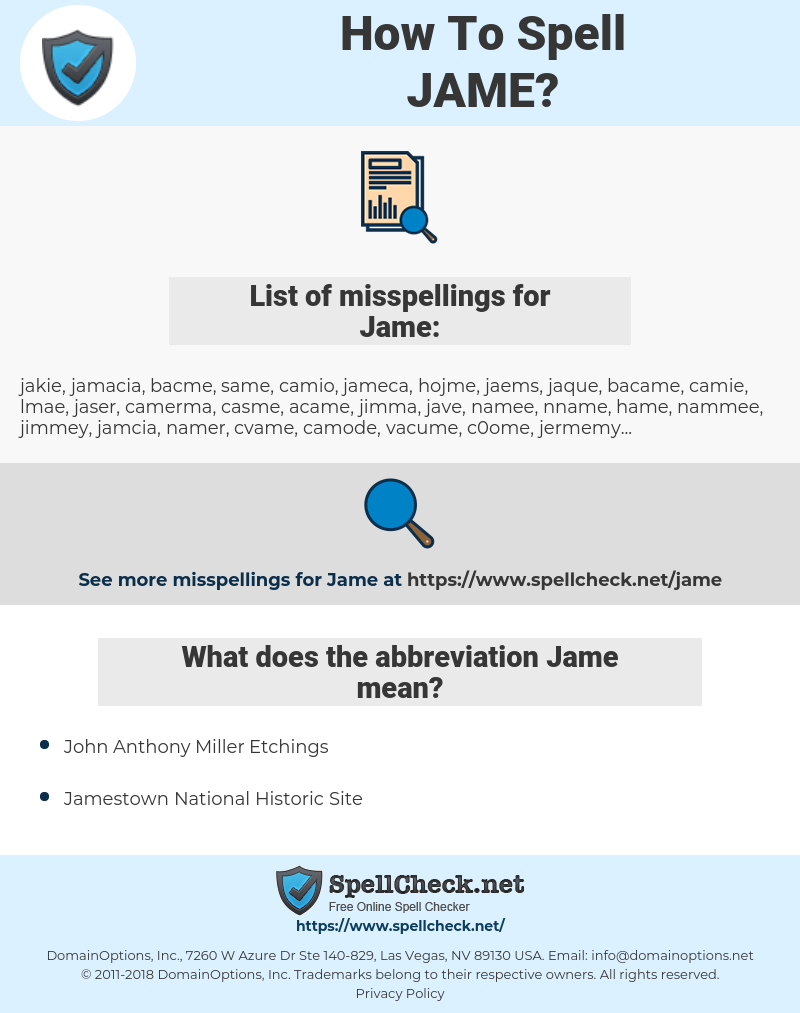