How to Pronounce manna?

What are the misspellings for manna?

Manna is an interesting mythological story that has been around for centuries. It refers to a special type of nourishing food that was said to have been provided to the Jewish people during their exiled journey in the wilderness. According to the Bible, the people were provided with a white wafer-like material that was said to have the taste of honey. This wafer was described as "manna", the Hebrew word for "What is it?" It is believed that the manna was a miraculous food provided by a divine source, as it fell from the sky in the form of a dew, every day around sunrise.

What are similar-sounding words for manna?

Usage over time for manna:

This graph shows how "manna" have occurred between 1800 and 2008 in a corpus of English books.

14 words made out of letters MANNA 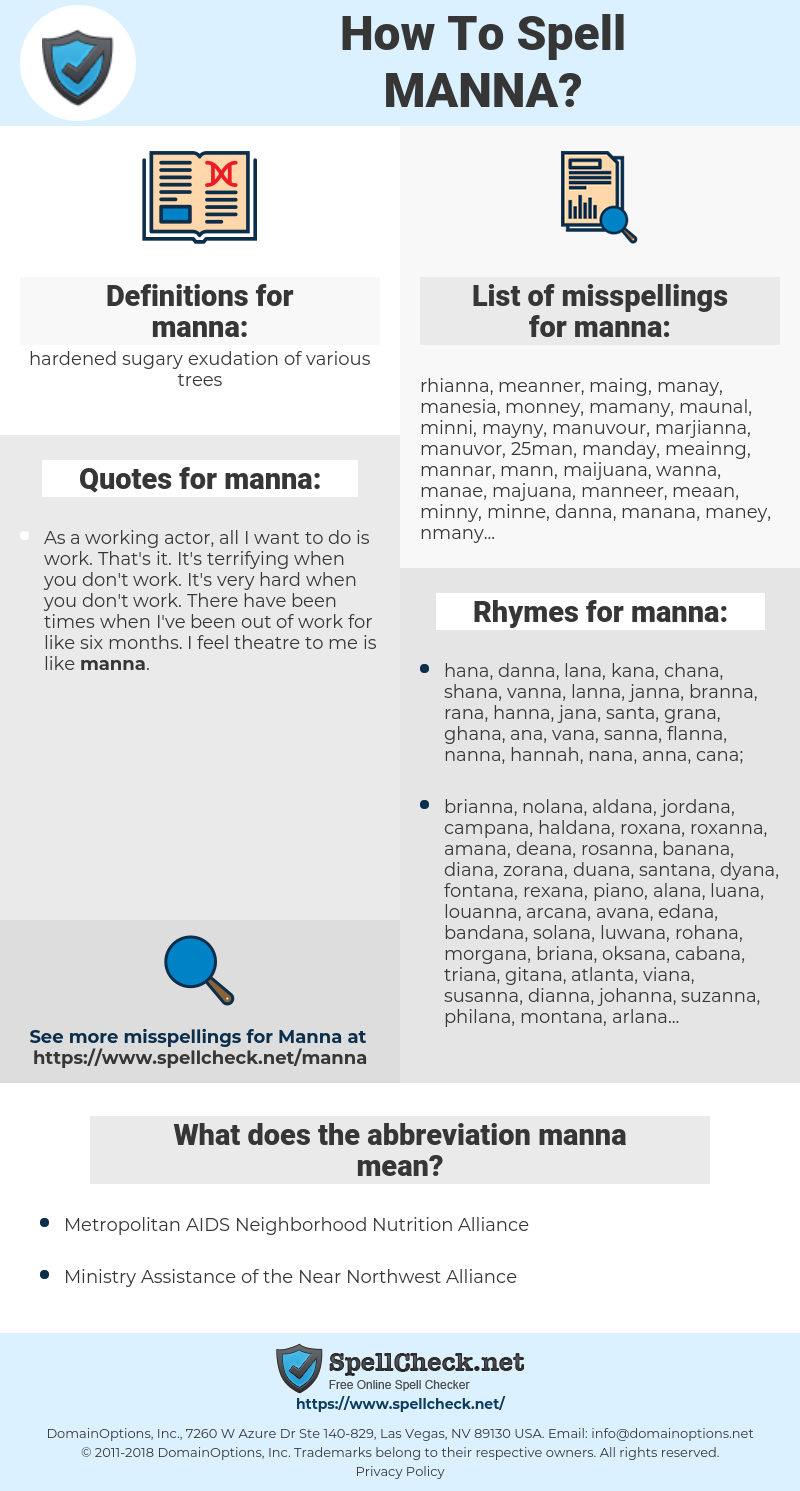