How to Pronounce mama?

What are the misspellings for mama?

Mama is a term of endearment often used to describe a beloved mother figure. It is typically used by young children, though adults may use it in place of the more formal term, 'mother'. The word itself is derived from the Italian word for "mother", and has been used in many different languages for centuries.

Mama is a comforting word that conveys a sense of comfort and security. It is often used to show appreciation and affection for a mother, and is considered one of the most universally used terms in the English language.

What are similar-sounding words for mama?

Usage over time for mama:

This graph shows how "mama" have occurred between 1800 and 2008 in a corpus of English books.

7 words made out of letters MAMA 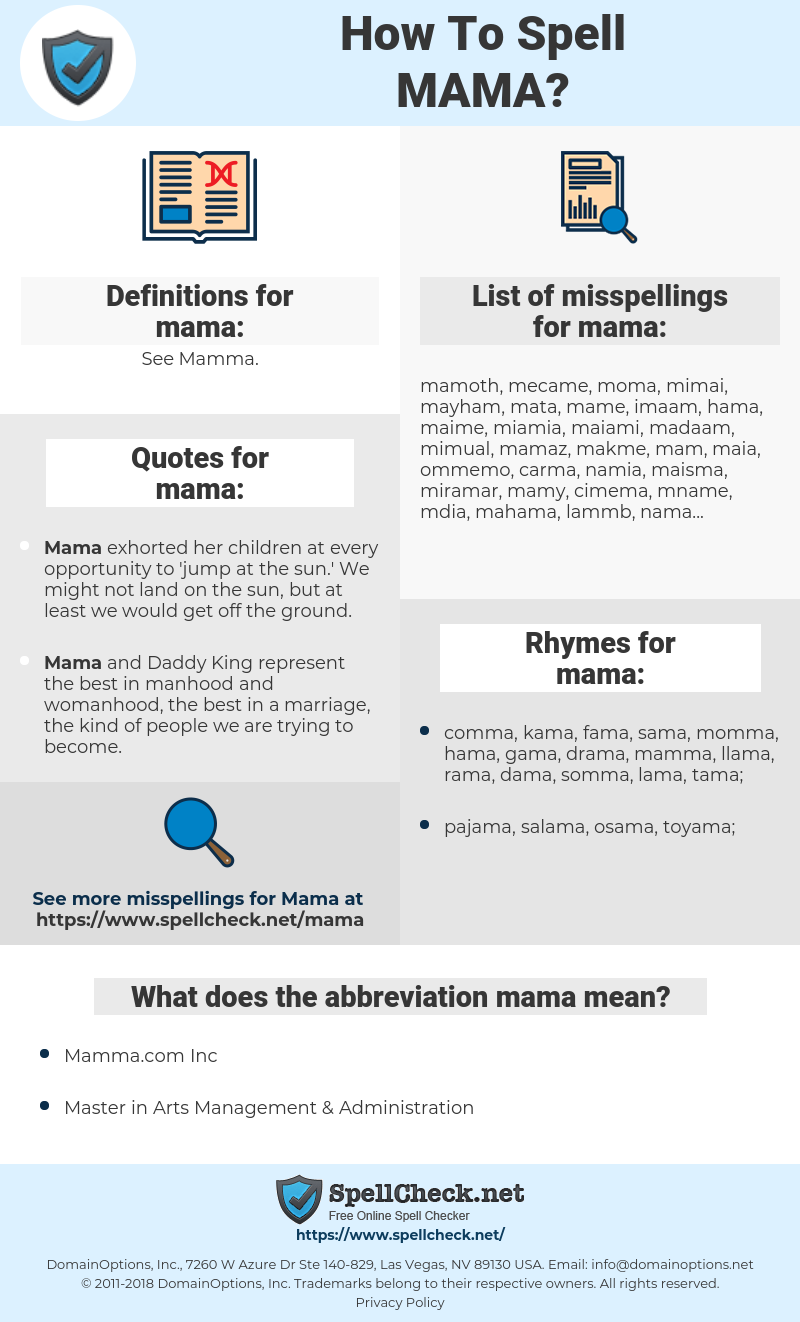